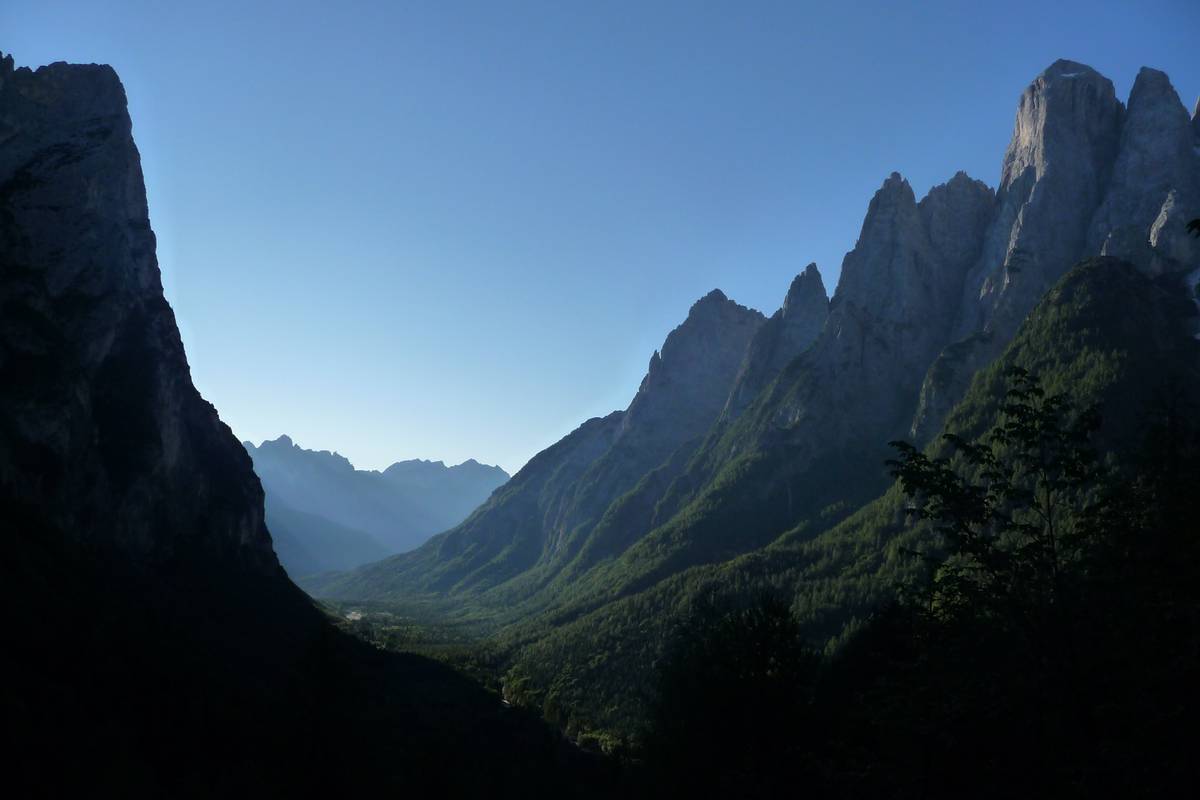 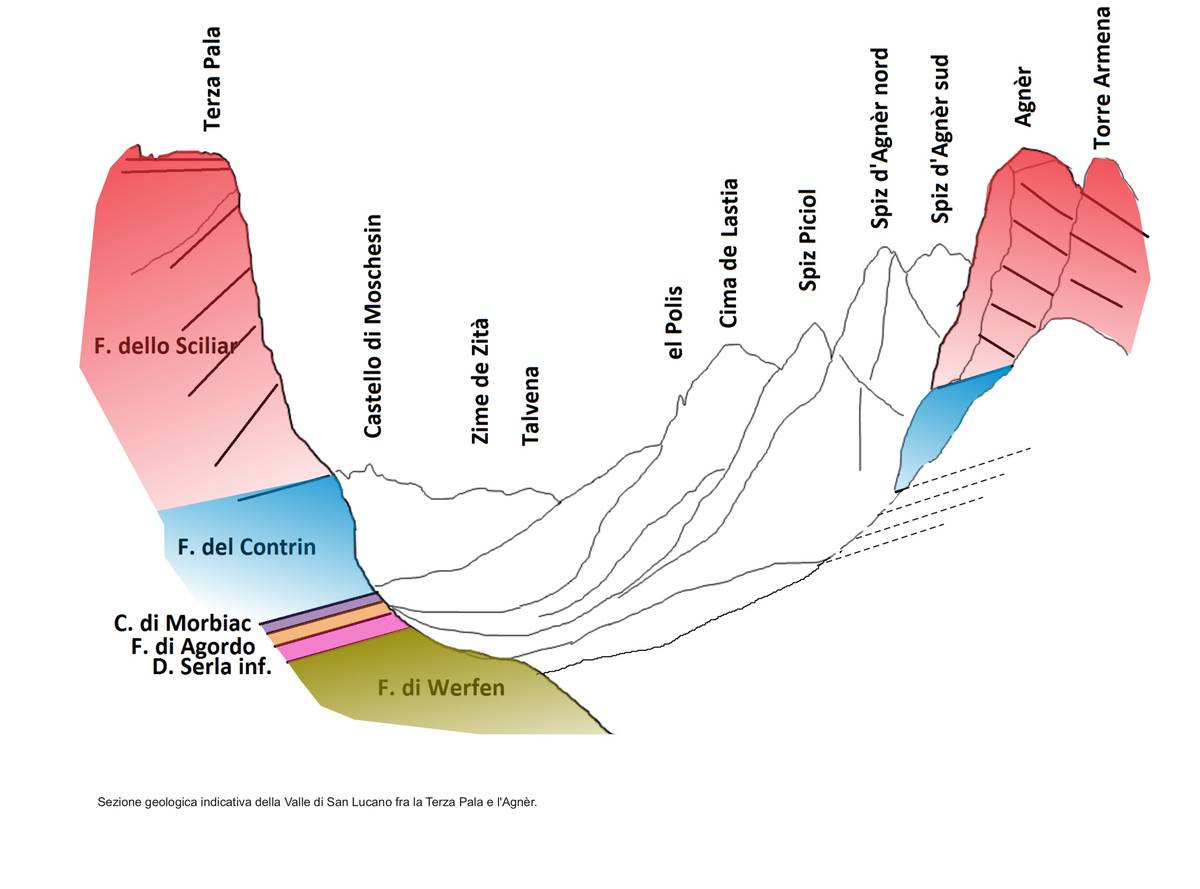 Geological section of the San Lucano Valley between Lastia de Gardes and Mount Agnèr. The shows the general distribution of the layers aligned with a slight NW trending. A substantial stata block lies at the foot of Agnèr which is part the Contrin Formation. Such layers are missing completely at Lastia where they are replaced by the Morbiac Limestones (ill. DG).