This Sanctuary, with which the people of Feltre feel a special bond was erected in the eleventh century, right on top of the limestone rock of Mount Miesna. Devotion to the two martyr saints is quite common throughout the territory of Feltre; the day dedicated to their worship the 14th of May which is celebrated by congregating on Mount Miesna.

Dolomitised limestone is the material of choice used for the external foundation. The church does not have the classical crypt as seen in similar edifices precisely because it is perched directly on top of the rock which is spread out throughout the territory of Feltre and the underlying valley.

It is the most important Romanesque building in the Province of Belluno. Judging by the ark (reliquary) in the apse belonging to the young crusader Giovanni da Vidor, which serves as a martyrium, the approximate date of construction is estimated to be around 1096.

The nave, together with the entire sanctuary complex, is of great interest not least because of the murals from the twelfth and the twenty-first centuries. Intriguing elements of the whole composition are the ten notched cubic inlaid capitals surrounding the gallery on three sides around the apse. By way of stone analysis, it was established that the columns are Turkish marble from the Isle of Marmara, perhaps salvaged from another edifice, whereas for the capitals was used dolomite stone, rather common in the areas of the Venetian Prealps and the Dolomites. The capitals were embellished with inscriptions in cuphic characters or verses in Arabic ("the Universe is God"), using the elaborate niello technique.

The nuances of the colouration depended on the amount of black screw (used for black) and the pigments of the iron oxide which tinged in red, that were added to the oily paste of calcium carbonate. Scientists assume that the capitals were created either with the skills already mastered during the work on Saint Mark's Basilica in Venice or using a variety of Greek and Arabic sophisticated techniques because of the typical incrustation in niello or mastic. 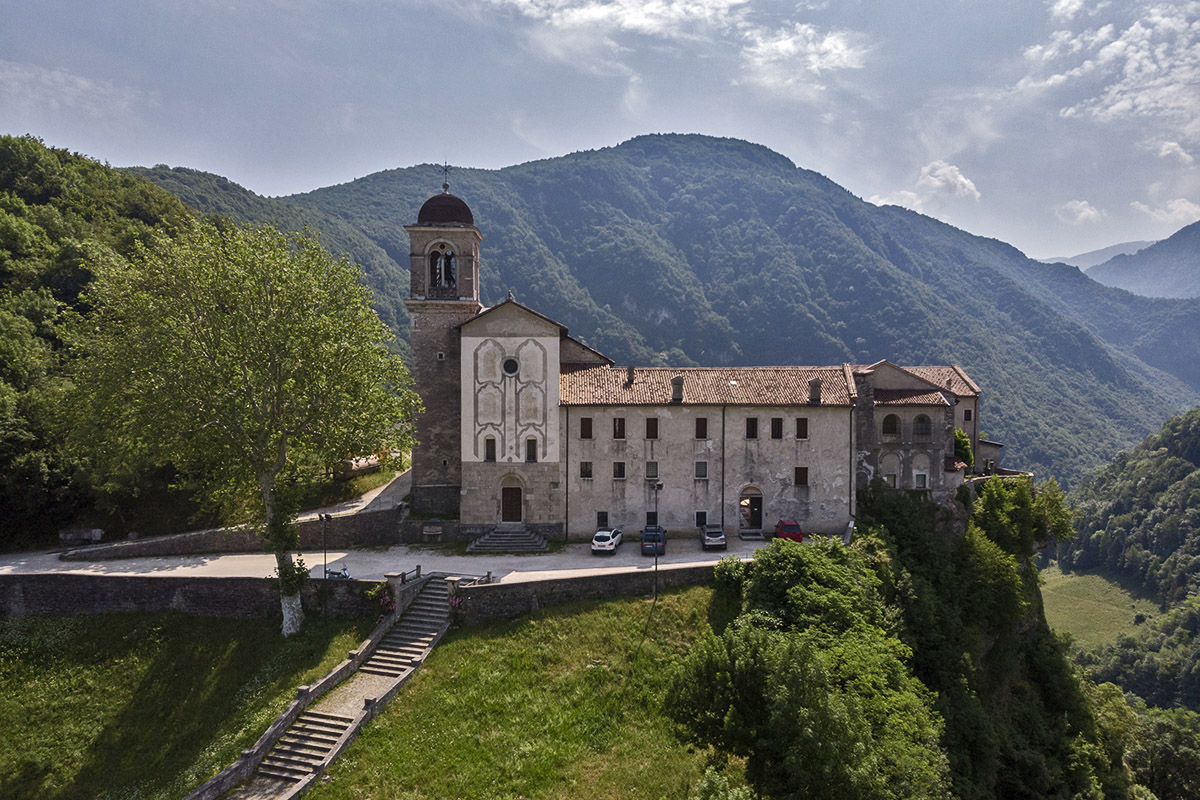 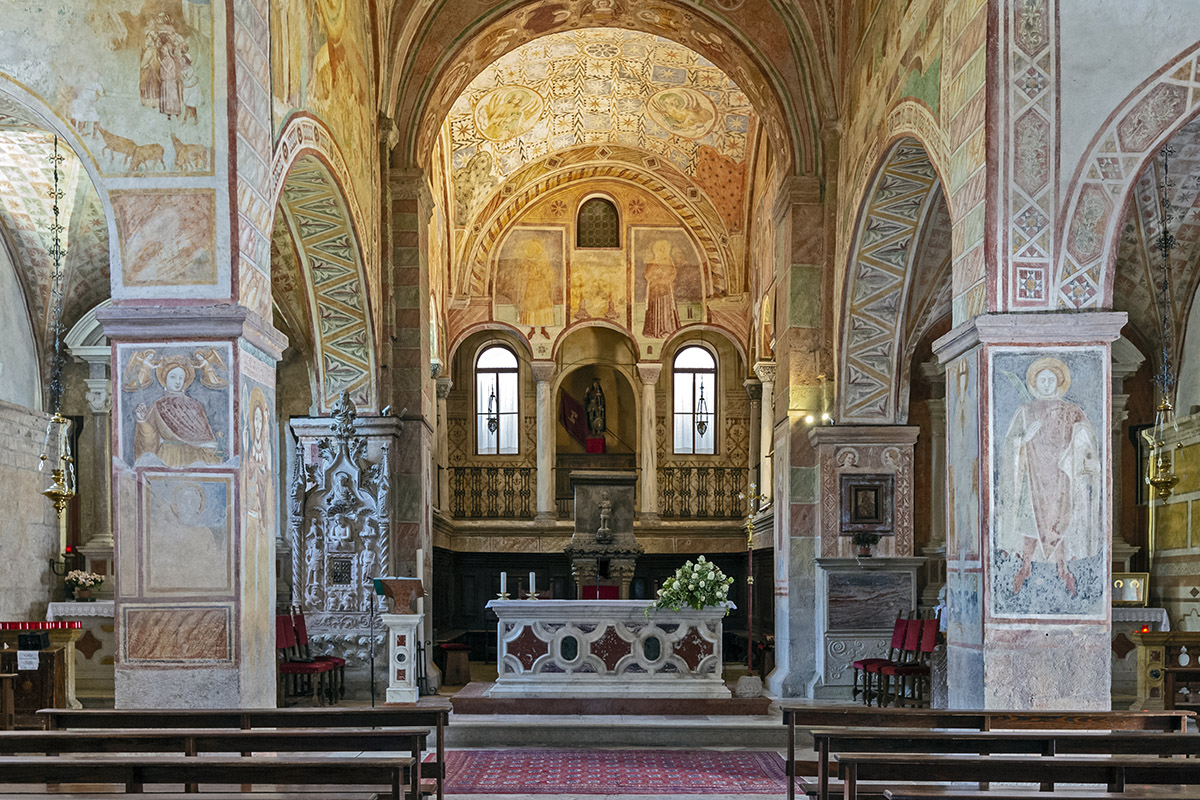 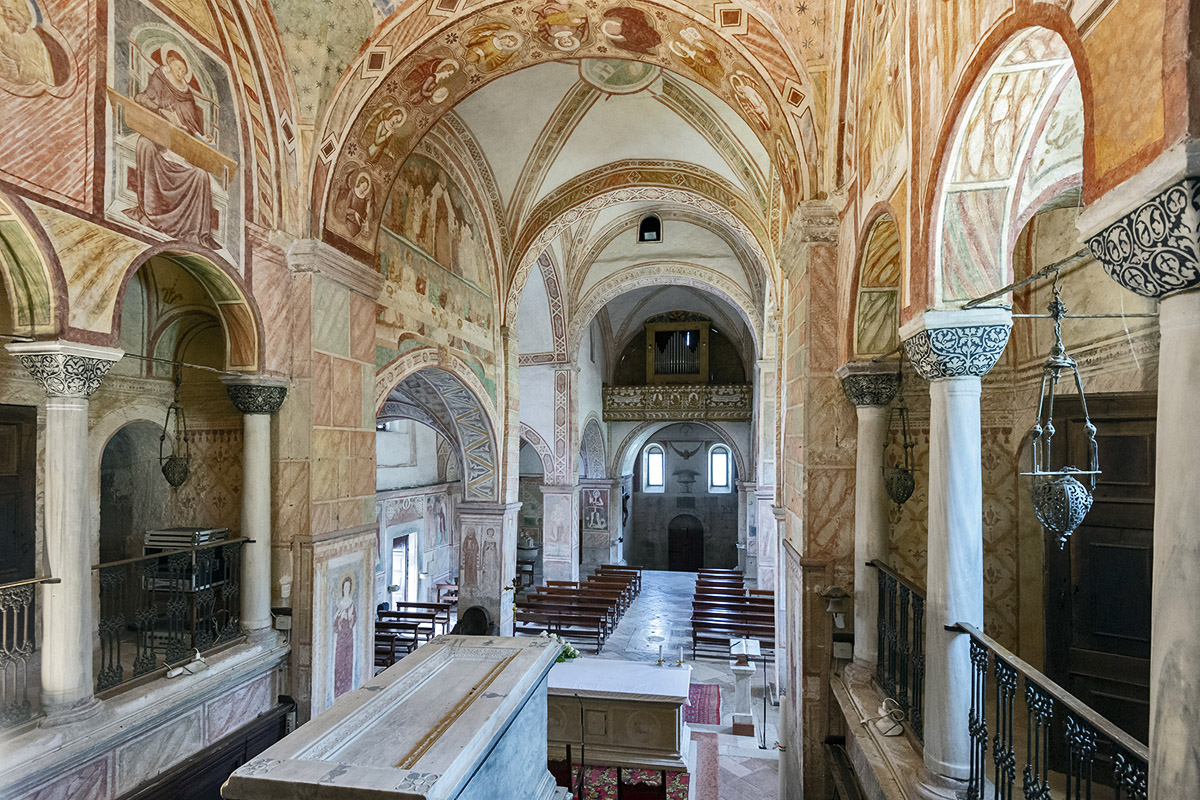 The apse with ten capitals (photo by Giacomo De Donà)

The area around Sanctuary offers a nature route, with numerous educational boards and information panels that reveal intriguing references to the vegetation and the specific characteristics of the zone.