ACCESSIBILITY: from the outside

The systematic processing of limestone and dolomite rock into burned lime and caustic-burned dolomite is ancient building culture. The underlying process is called lime burning and was eponymous for the resulting craft. The necessary skills and know-how were usually kept within the family and passed on to the next generation. It is, however, unlikely that the lime burners made a distinction between limestone and dolomite rock. There were several lime kilns in the municipality of Kals. A well-preserved lime kiln is located close to a lime pit, extending along the gravel layers of Kals. The material found in the limestone pit in Kals (including dolomite rock) was most likely used as a raw material for the production of binders for mortar and plaster. 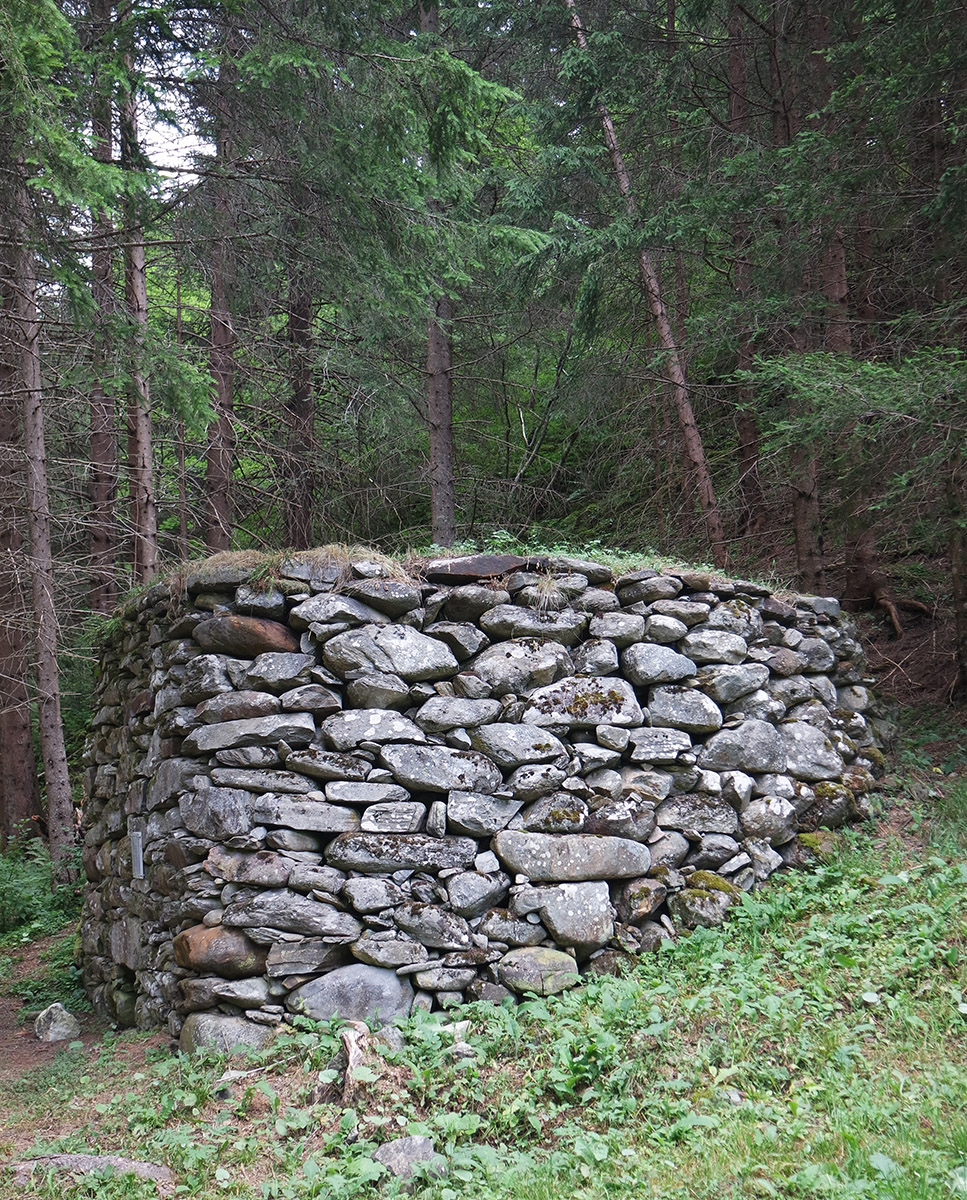 DIRECTIONS: The replicated lime kiln is part of the lime-burning adventure facility and is located near the sports field in the municipality of Sautens. Driving on the Inntal motorway A12, take the exit Haiming - Ötztal and proceed on the B186 (main road) until the exit Sautens. In Sautens follow the village road to the sports field of SK Sautens. There are parking spaces available. Both the old and the new lime kilns can be reached on foot via the "Geoweg Roppen - Sautens".

Approximately 3,000 years ago, the so-called Tschirgant rock slide covered the lower stretches of the Ötz Valley (Ötztal). The resulting debris are the reason for the undulating topography of the terrain between Haiming, Sautens and the mouth of the Ötztal. The formerly unproductive agricultural area led to its unhindered transformation in woodland. In the sixteenth century, the local population realised that the terrain offers ideal conditions for lime burning. The collapsed material (limestone and dolomite rock) was used as raw matter; the nearby forest provided the necessary combustion material. The old dome-shaped field lime kiln located in Rammelstein, reaches two and a half metres in height and has a diameter of three and a half metres. Before the burning process begins, the stones taken from the rockslide are layered in the kiln, leaving some space between the individual stone blocks, near the bottom of the furnace, so that the wood necessary to maintain the required temperature can be thrown in the kiln for several days. The still preserved lime kiln and the newly built one in "Sautener Forchet" gives us an insight in the now lost lime-burning trade, which in the past was one of the primary sustenance sources for many families. 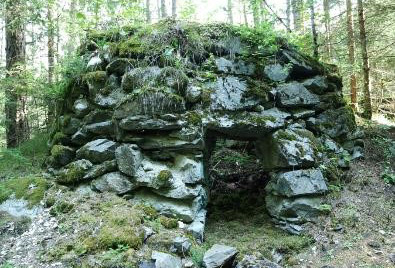 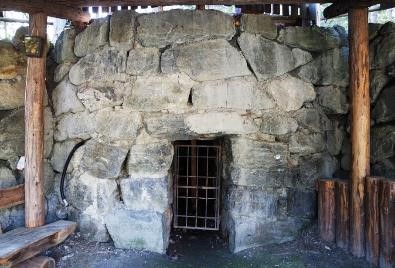 A lime kiln constructed in 2004 as part of the lime-burning adventure park in Sautens.

The remains of a poorly preserved lime kiln can be seen near "Prombiànch" - just a tiny part of the circular walls can be identified.
It is difficult to estimate its internal capacity judging by the ruins; one can assume that it was once a medium to large sized kiln. 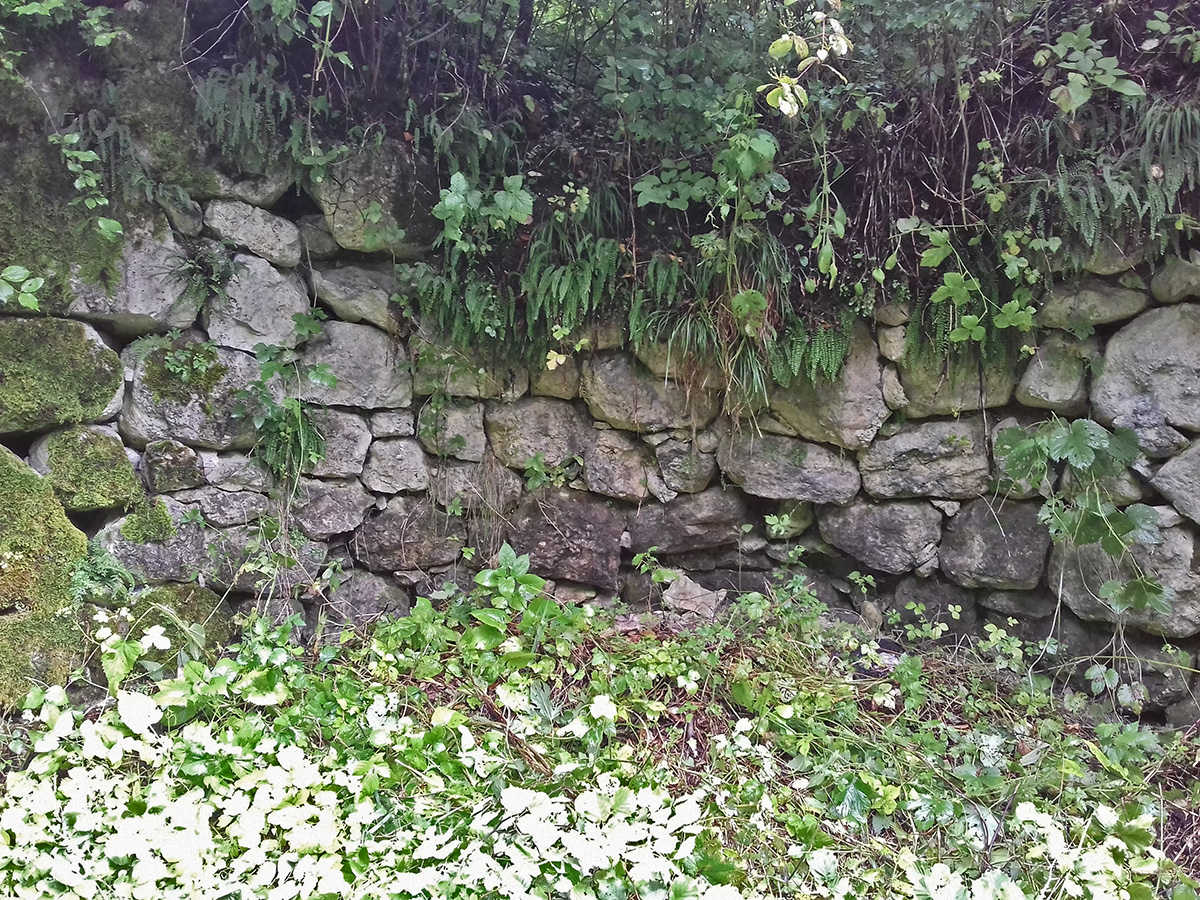 The site can be reached by following the signs for the former “After hour” restaurant; proceed on the narrow winding road and the visitor will soon arrive at there.

Unfortunately the lime kiln is not perfectly preserved, as the fire flap and roughly a quarter of the circular masonry are missing. The main structure is, however, clearly visible. 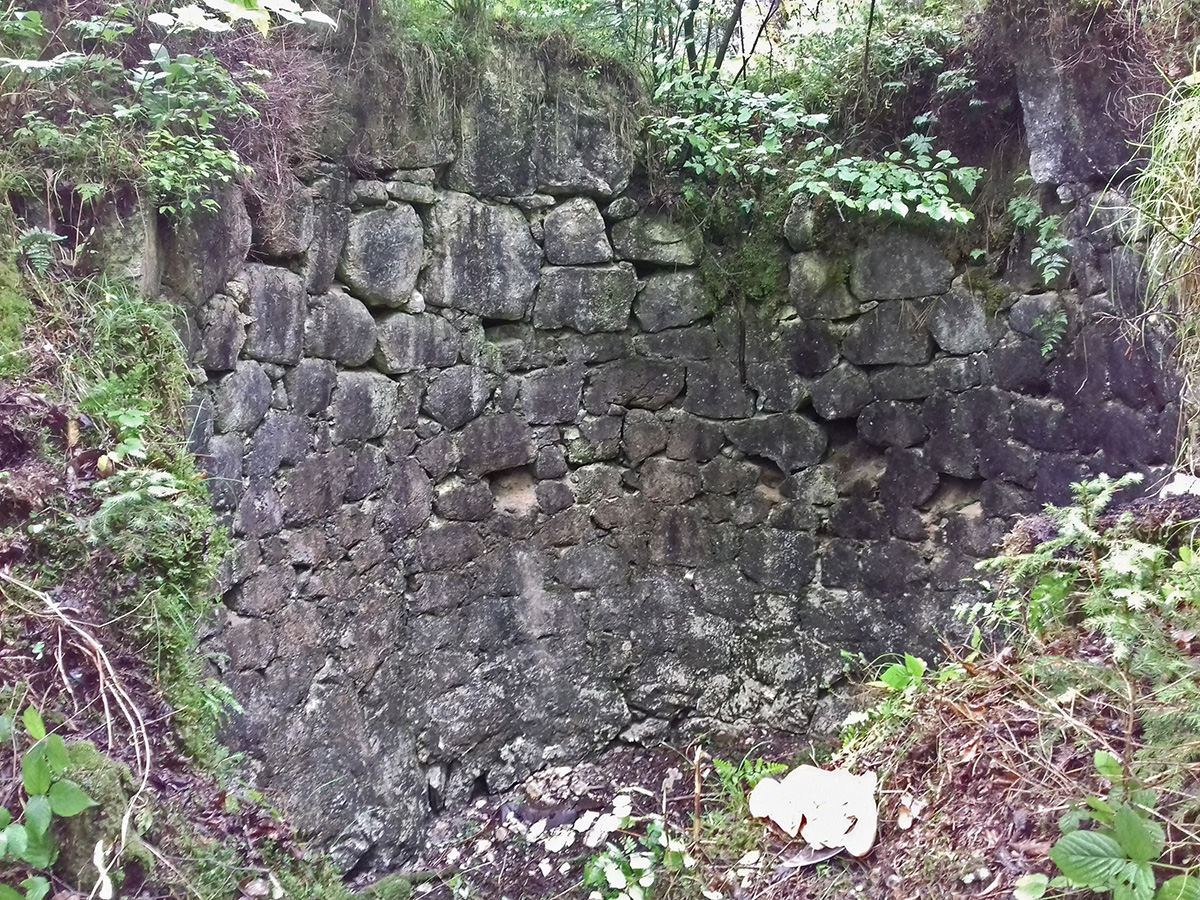 The San Lugàn loime kiln is located in the eponymous hamlet in the San Lucano valley, underneath the masonry capital, right before reaching the church.
The specimen is in excellent condition and was cleaned internally a few years ago.
This furnace has an internal capacity of about 25 cubic metres. 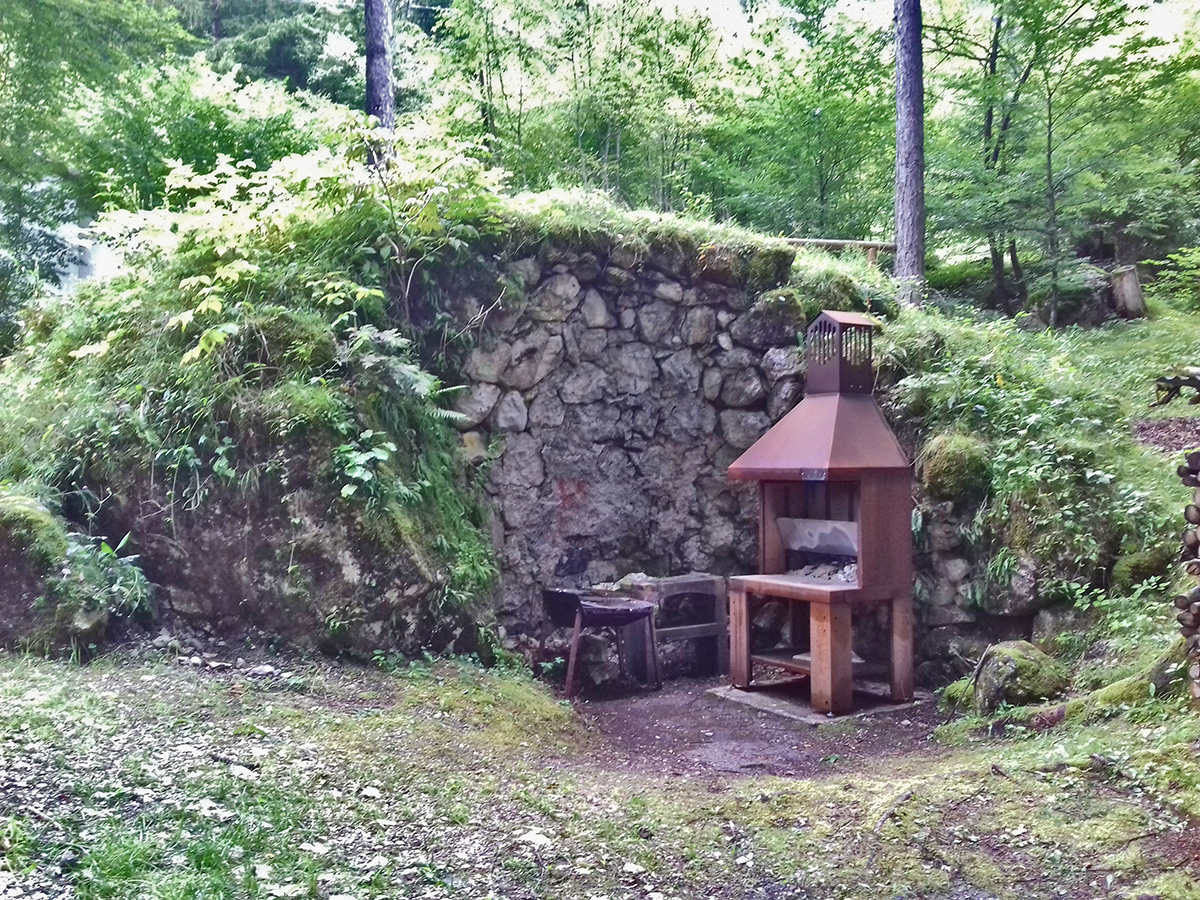 Easily accessible by car along the road leading to Col di Prà about 1 km after the restaurant “al Rustico”. The kiln is learly visible on the roadside.
The lime kiln is in excellent condition - all the main elements, such as the fire flap, its walls and masonry are perfectly intact.
The furnace has a total capacity of about 28 cubic metres, roughly 21 of which contained the material to be processed, about 6 cubic metres are dedicated to the fire chamber and 1 cubic metre to the separation vault. 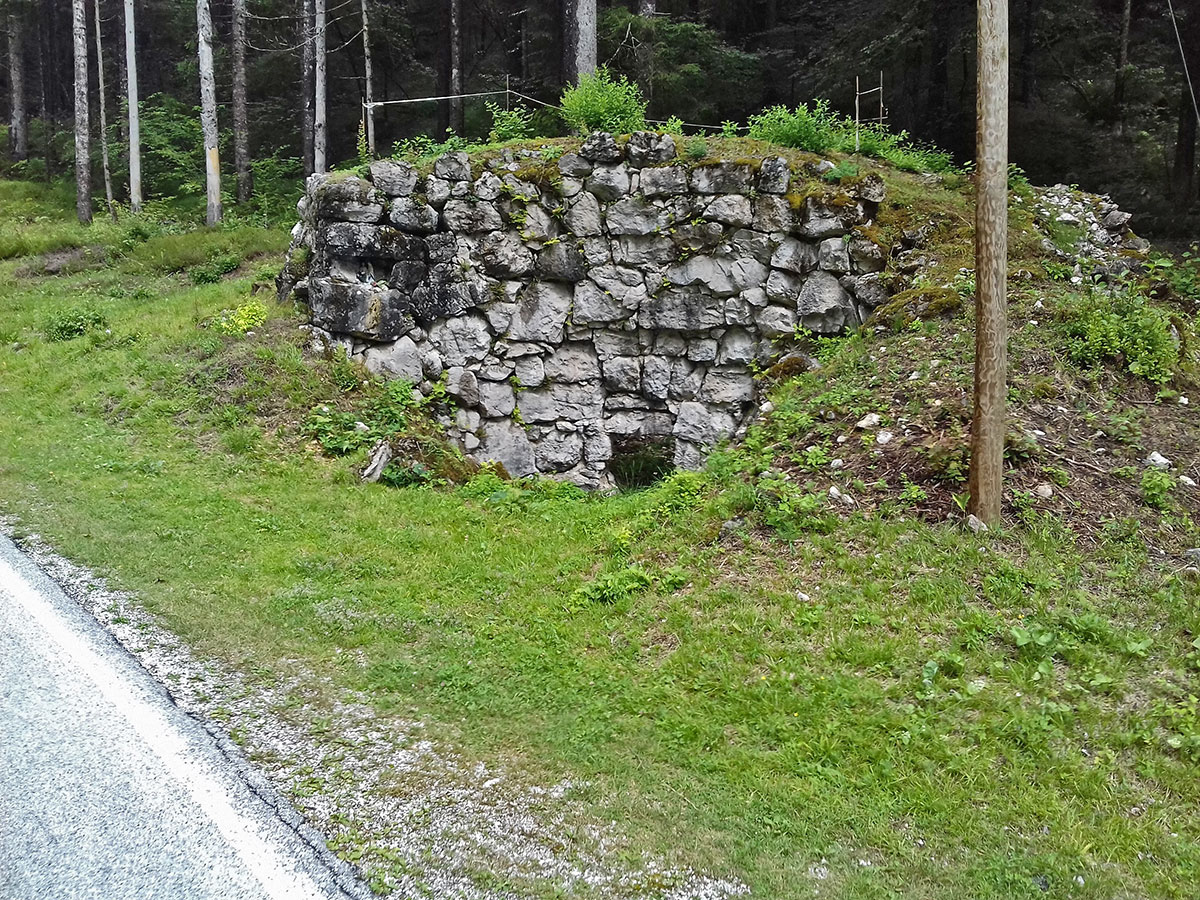 The kiln is located near the road to Col di Prà, in the vicinity of the houses destroyed by the landslide of December 1908 which destroyed the two hamlets.
With merely an insignificant part of the vault discernible, this kiln is in a very poor state and one has to resort to imagination in order to picture the connection to the nearby boulder. 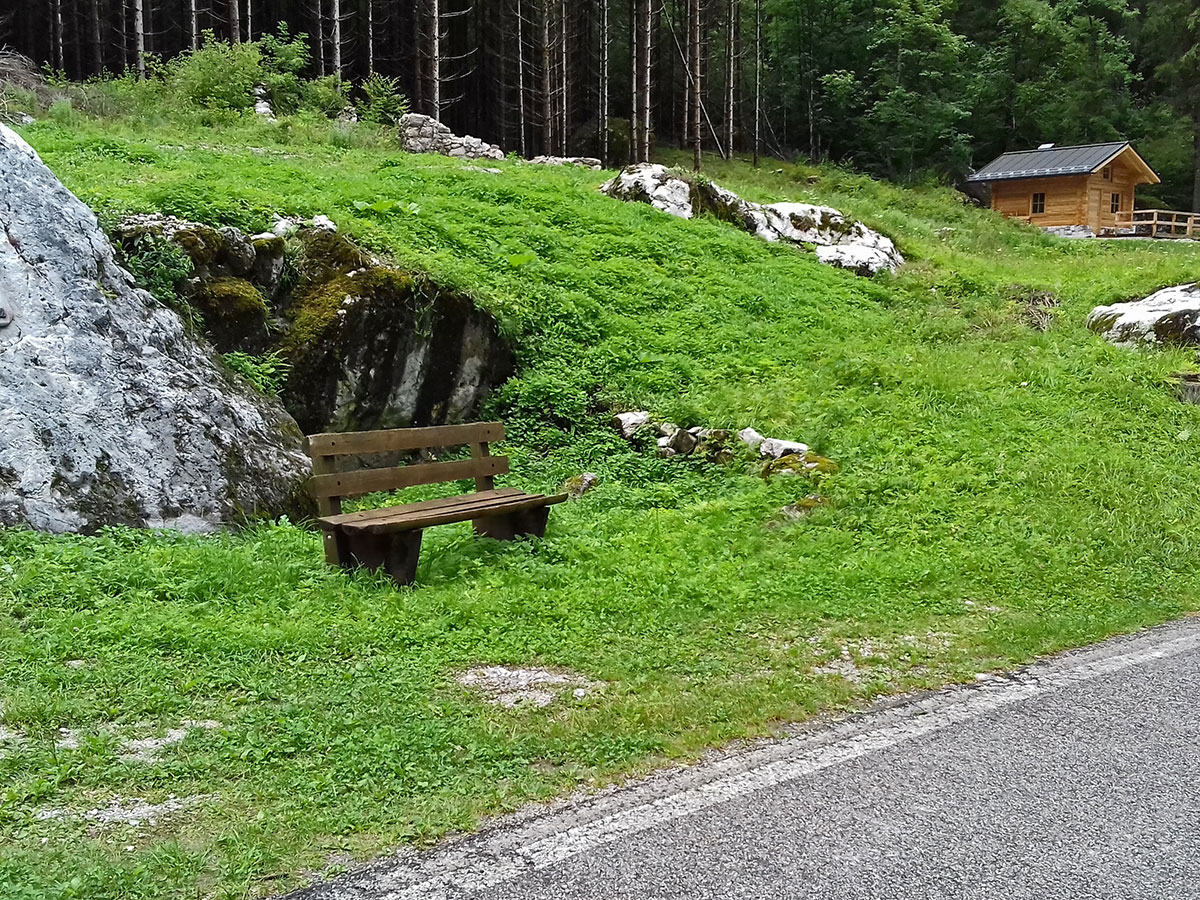 The kiln is located in the locality of “Angeràz bàs”, just upstream of the dairy bearing the same name.
It can be reached along the dirt road that runs through the Angeraz valley from Col di Prà; skip the road down to the dairy and continue straight on until the sign “Calchèra”. There is an easy path leading to the site fro there.
The kiln is in good conditions with a clearly visible fire flap. Its internal capacity is approximately 6 cubic meters. 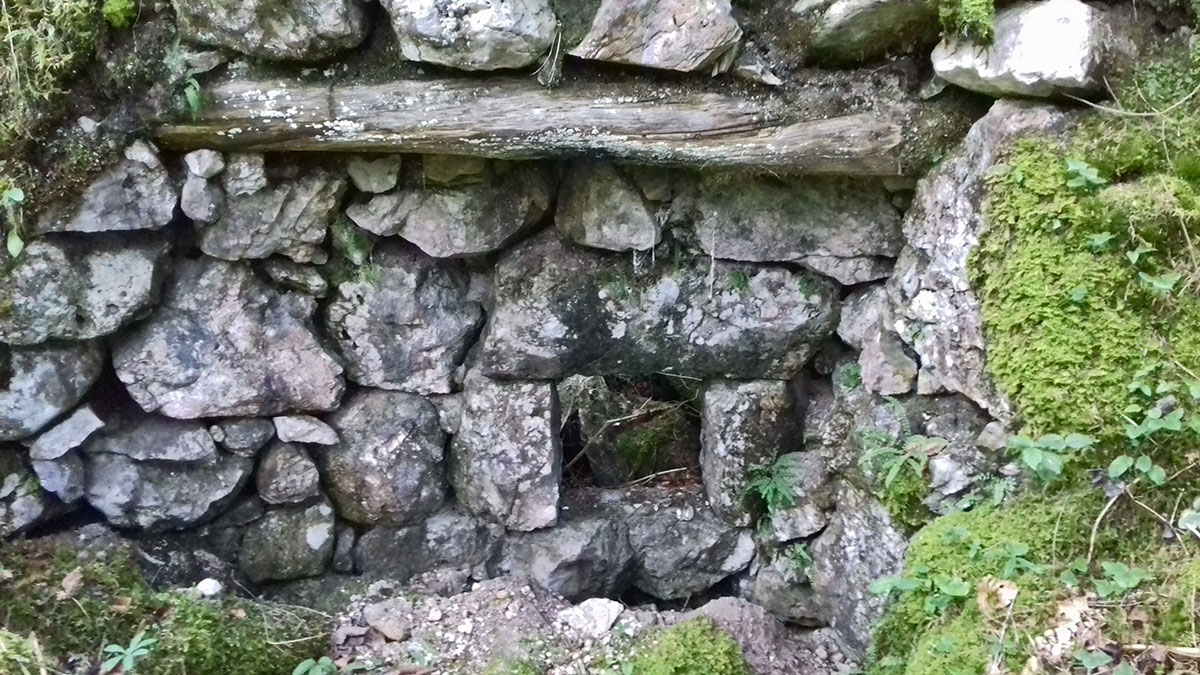 The kiln located in the vicinity of "Col De Carrera" can be reached by the forest trail from the eponymous locality leading to the "Busa Dei Sbrase”; the structure can be seen just before the stream and after entering the forest on the right.
This calchèra is in a poor state but judging by the still standing portion of the wall, one can safely assume that it used to be rather small. 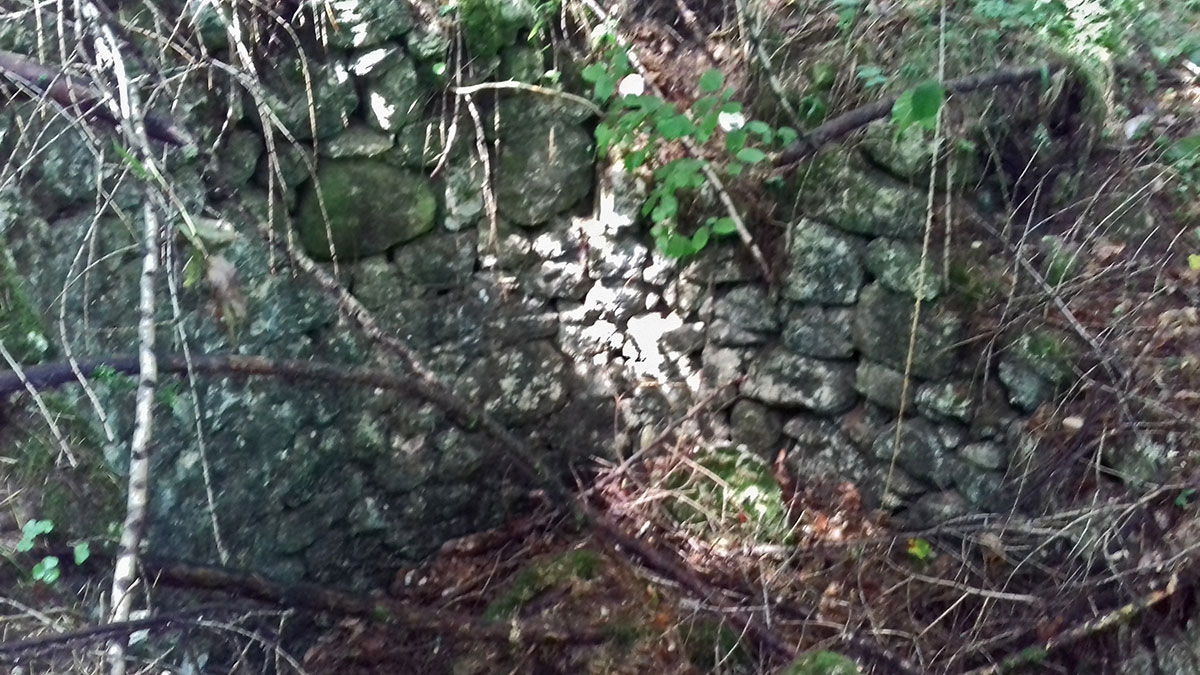 The "delle Coste" lime kiln can be reached following the signs to Campedel in the vicinity of Soccol; continue to "Le Coste” and, on the edge of the hamlet, at the end of the paved road, follow the narrow winding trail leading to the site.
The furnace has been recently renovated both internally and externally by the inhabitants of the nearby hamlets.
This furnace has an internal capacity of about 10 cubic metres. 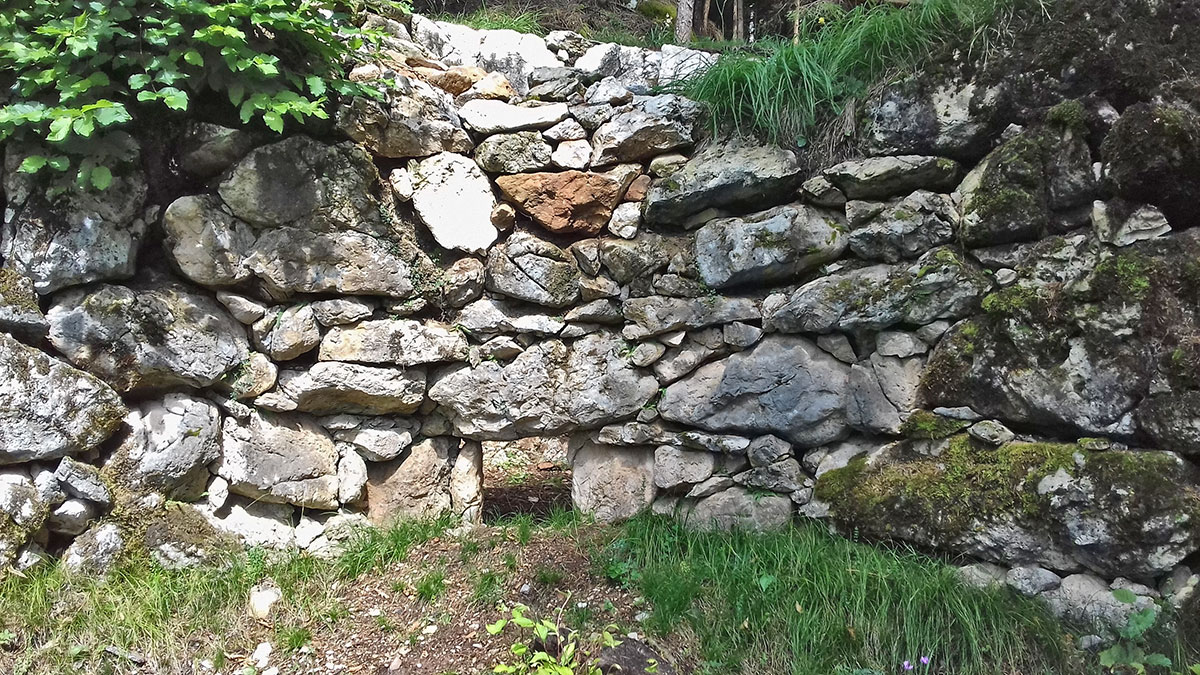