The ancient castle is perched on a gigantic dolomite boulder brought to its current location by glacial movement. The manor rises to approximately 30 metres on its south side situated at 1,750 m above sea level. After having been renovated and covered in iron and glass, it became home to the Museum dedicated to the historical events of Andraz and its surrounding territory. The lands have always been influenced by the presence and activities in siderite-magnesite ores in Fursil at Colle Santa Lucia owned by the Prince-Bishopric of Brixen. The place where the castle rises, looming over the river bearing the same name, used to be crucial for controlling the winding roads that connect the northern and the southern lands. "Andraz", the Italian name for the location, seems to derive from the word for "cavity" which, in turn, alludes to the primitive tunnel which once served as a defensive structure.
The castle is considered to be a medieval structure as some of the first historical references go back to the dawn of the second millennium, even though some structural elements can be traced back to the fourteenth and fifteenth centuries. The castle itself has been in use up until the beginning of the nineteenth century, with further repairs and a recent restoration between 1986 and 2002. One of its more famous dwellers was Nicolò Cusano who resided there in his function as Bishop of Brixen from 1457 till 1460. The most acclaimed craftsmen who worked at the castle were the Comacini masters - Jacomo, Antonio and Pedro - towards the last quarter of the fourteenth century who were already famous for their works throughout the Alpine region. The castle was built on several overlapping planes exploiting the natural shape and tilt of the rocky spur below. It offers single access through a drawbridge and a winch for delivery of supplies. The upper level hosted a small church, a well, cellars, prisons, grain storerooms, kitchen premises, living rooms and a captain's room. During one excavation attempt in the eastern part of the castle, the space in the sacred area turned out to be paved with cobblestones made of dolomite. 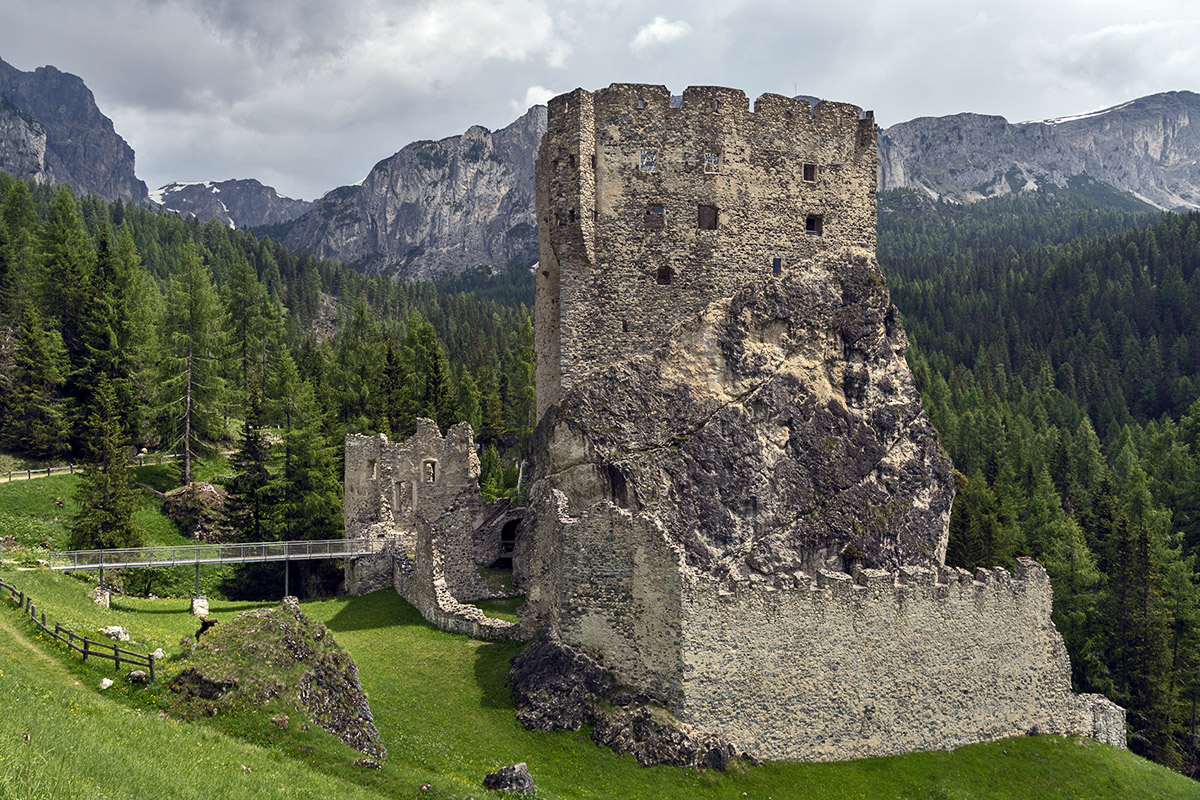 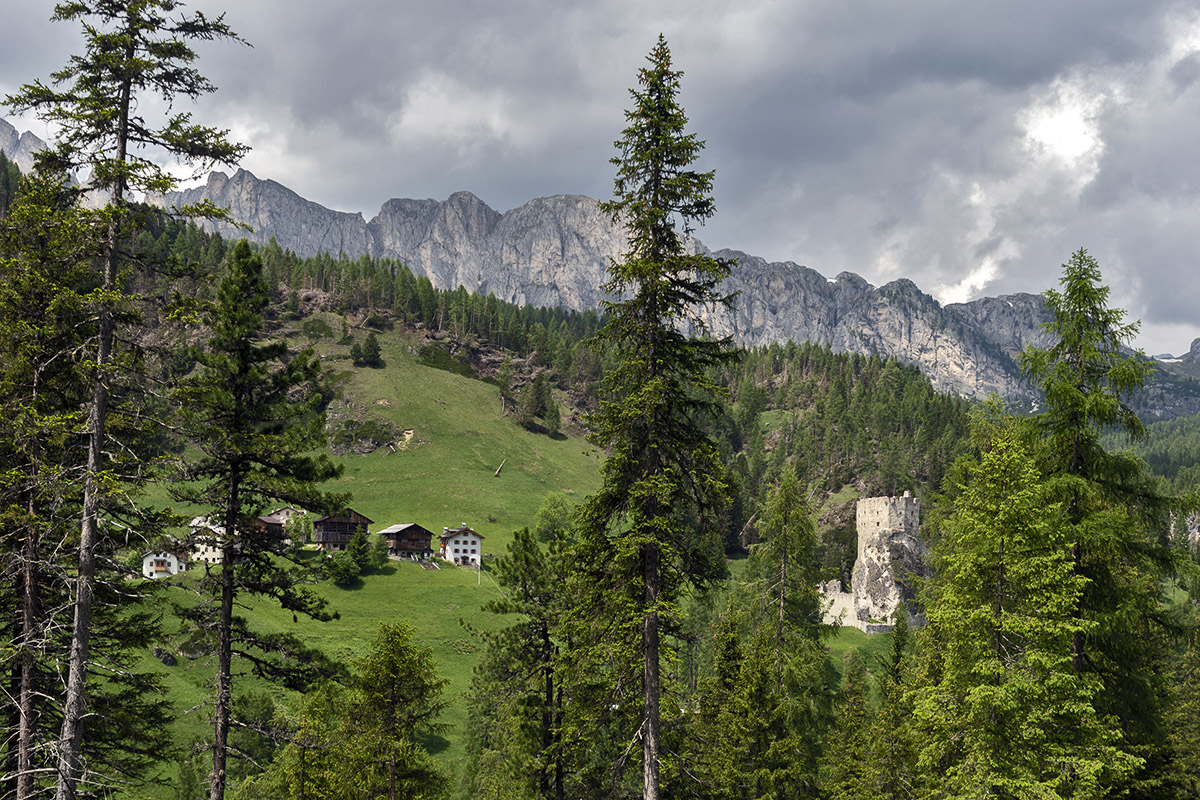 The Castle and Andraz village (photo by Giacomo De Donà)

It is generally known that heating carbonate rocks can produce lime at temperatures ranging from 850 to 900°C, in special kilns, known in ancient times as lime kilns, in Italian "calchera".