Opening hours: open every day during exhibitions
Telephone: 0435 780078
Email: This email address is being protected from spambots. You need JavaScript enabled to view it.

The elevation of Montericco, in the municipality of Pieve di Cadore, is located at the confluence of the valleys formed by the rivers Boite and Piave at altitude 953 m. Several hundred meters behind it is situated Batteria Castello, which together with the fort used to form an elaborate defensive system called Cadore-Maè Fortress, erected to protect the territory against the Austro-Hungarian Empire. The forts on Monte Ricco were created by the young Kingdom of Italy in the late 1800s.
The area was probably the site of a "castelliere" (fortified borough) already in pre-Roman times. It later became the location where the Castle of Pieve was erected and followed as a venue of the two military forts - Batteria Castello and Fort Monte Ricco - positioned over the two adjoining hills.
Its original stones were used for the expansion of the Archdeacon's Church on the town square, dedicated to the Nativity of St. Mary, as well as for the military structures themselves.
A dirt road leading to the Fort allows glimpses to the quarry beneath from which came the dolomite rock used for its construction.
In its final setup, the Fort housed four cannons and four guns for quick shooting which, together with the caponise, protected the moat. The interior hosted a garrison of eighty men with enough space for the storage of supplies, ammunition and a magazine. Furthermore, one can still see the hallway, the guardhouse with the control room, the restrooms, the service rooms and several storage premises. The construction technique used for building was to create barrel-vaulted ceilings, supported by bricks set on thick stone walls.
Recently restored, the Fort houses contemporary art exhibitions and laboratories. 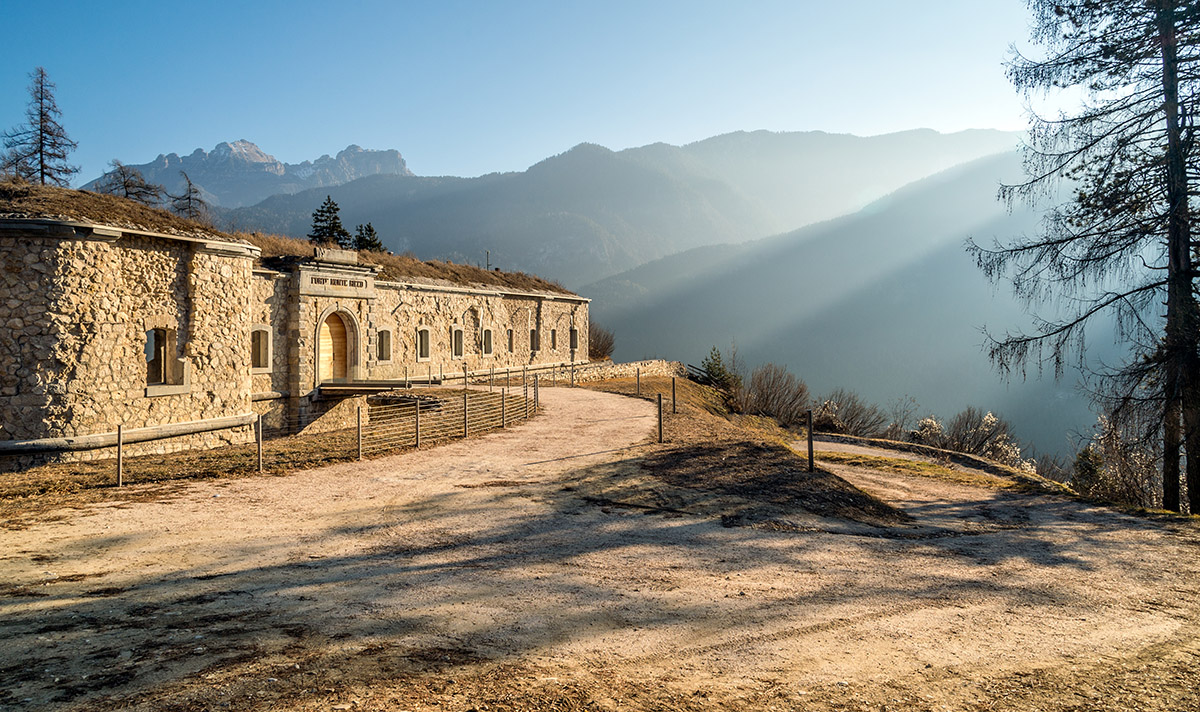 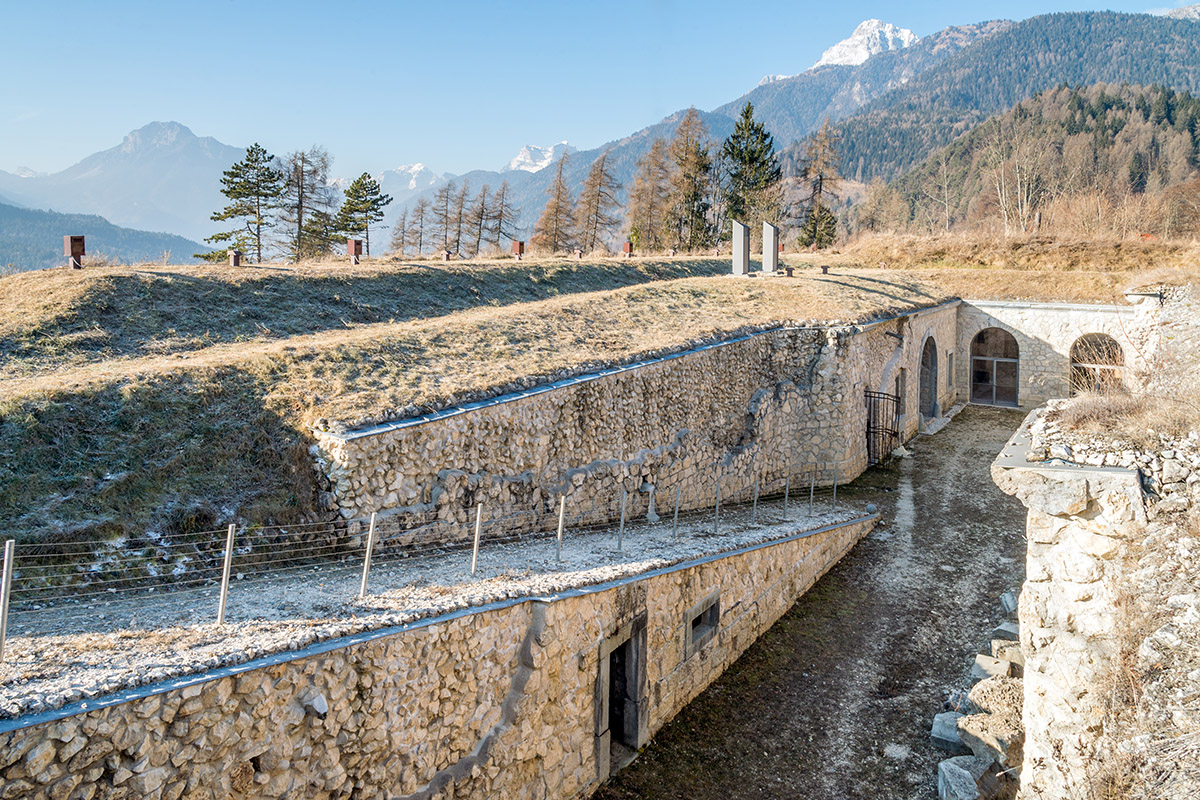 The outside of the Fort (photo by Giacomo De Donà) 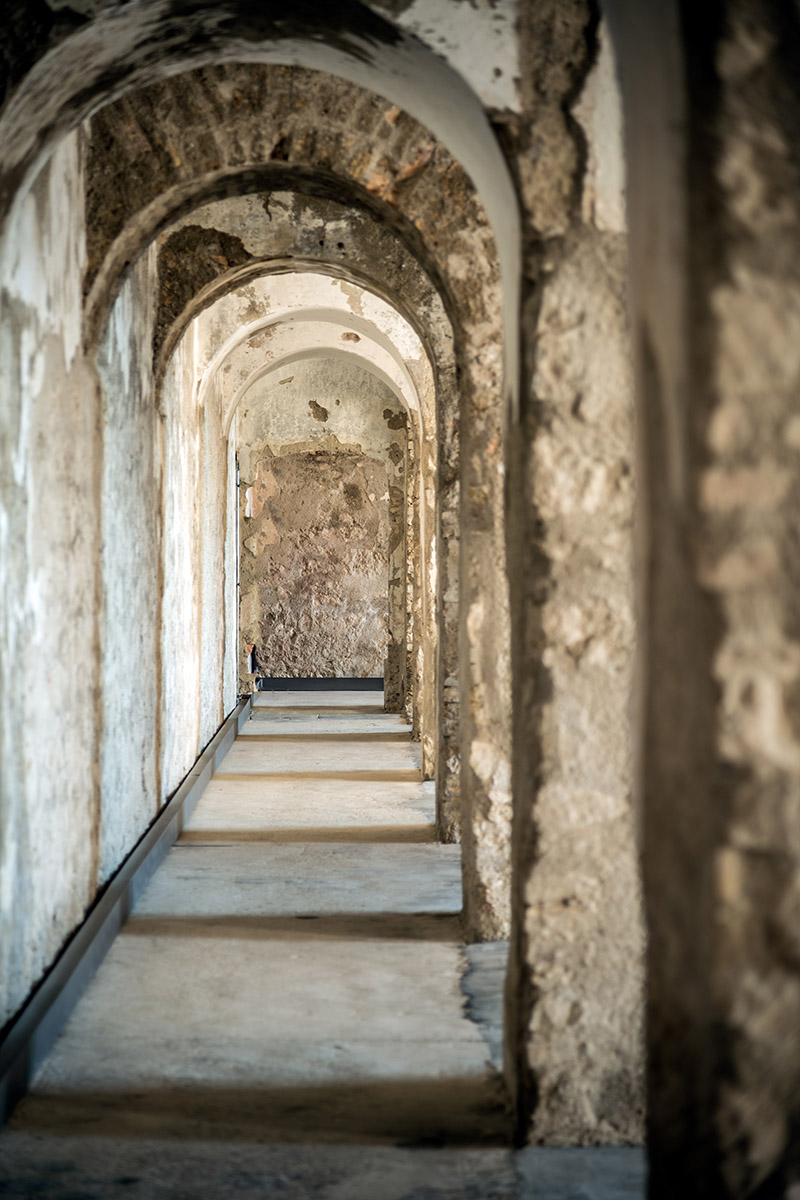 The internal space of the Fort (photo by Giacomo De Donà)

It is currently managed by the Foundation for Study Centre Titian and Cadore and from 2017 the Fort houses the “Dolomiti Contemporanee” project.