At the foot of the Pelmetto, at an altitude of 2,050 meters, Vittorino Cazzetta founded a block of Dolomia Principale where various footprints of small dinosaurs, dating back to 200 million years ago are visible.
The visitor of the Museum of Selva di Cadore dedicated to Vittorino Cazzetta is led through the entire geological history of the valley using explanatory boards, drawings, photographs, detailed and elaborate reconstructions of dinosaurs, rock samples with an extraordinary fossils collection - all these unfold the events and phenomena which have moulded this area during the Triassic period. This geological period which lasted roughly between 250 and 200 million years ago, is undoubtedly the most documented timespan in the Dolomites.
The hall is overshadowed by a gigantic boulder revealing the surface of a typical dolomite rock which had tumbled down at the foot of Pelmetto. These rocks contain various imprints of vertebrates which have been identified, for the first time in Italy, as dinosaur footprints. The imprints constitute the theme element here - a "holographic" projection on this rock implies the existence of a real dinosaur trail.

This discovery gave an impetus for innumerable similar footprint finds nearly everywhere in the Dolomites. In addition to several smaller boulders at Pelmetto's foot, such footprints and trails are meanwhile known to exist near the Giau Pass, the Tre Cime di Lavaredo, on the Moiazza, in Val Pegolera, and many other. 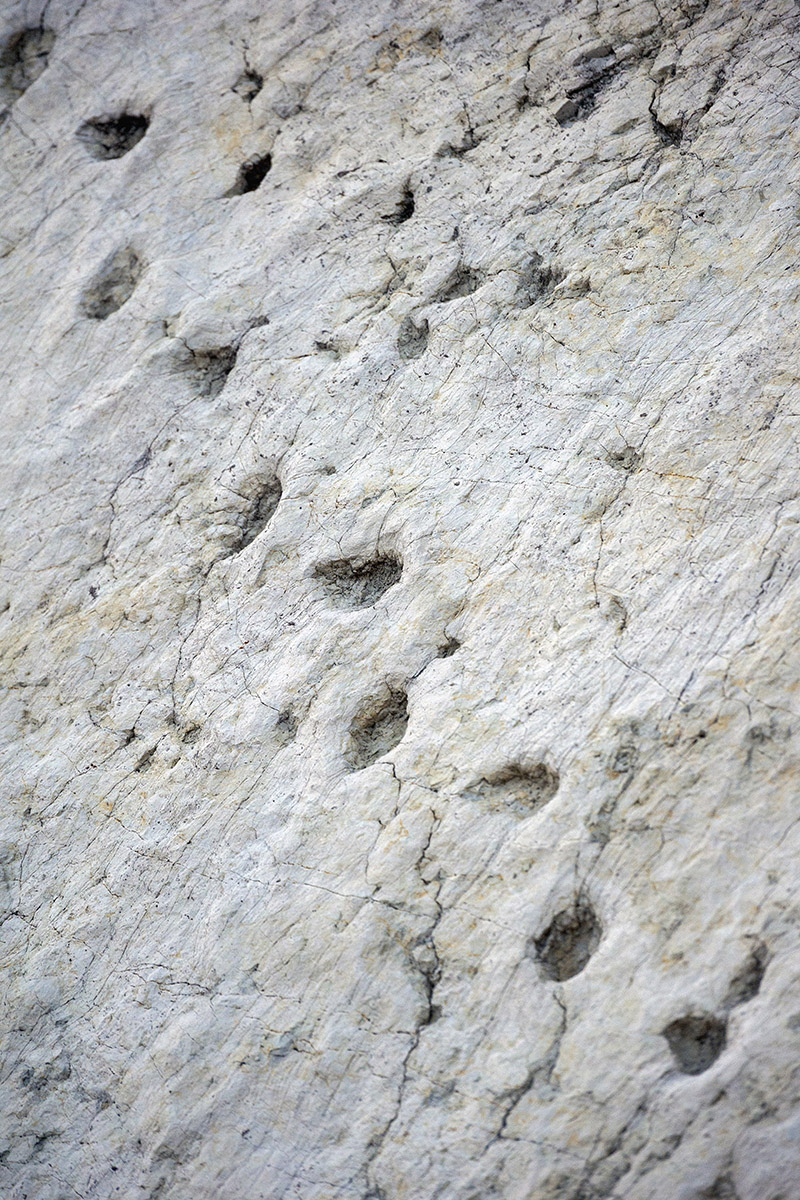 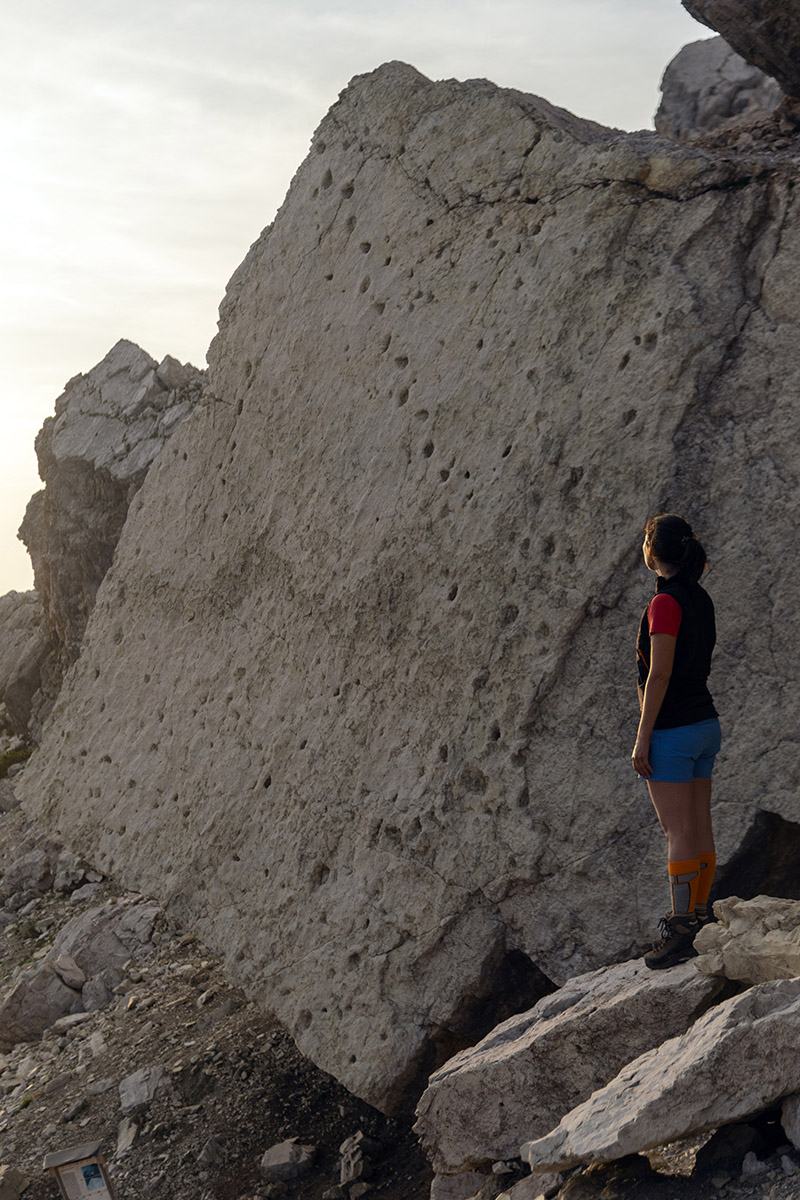 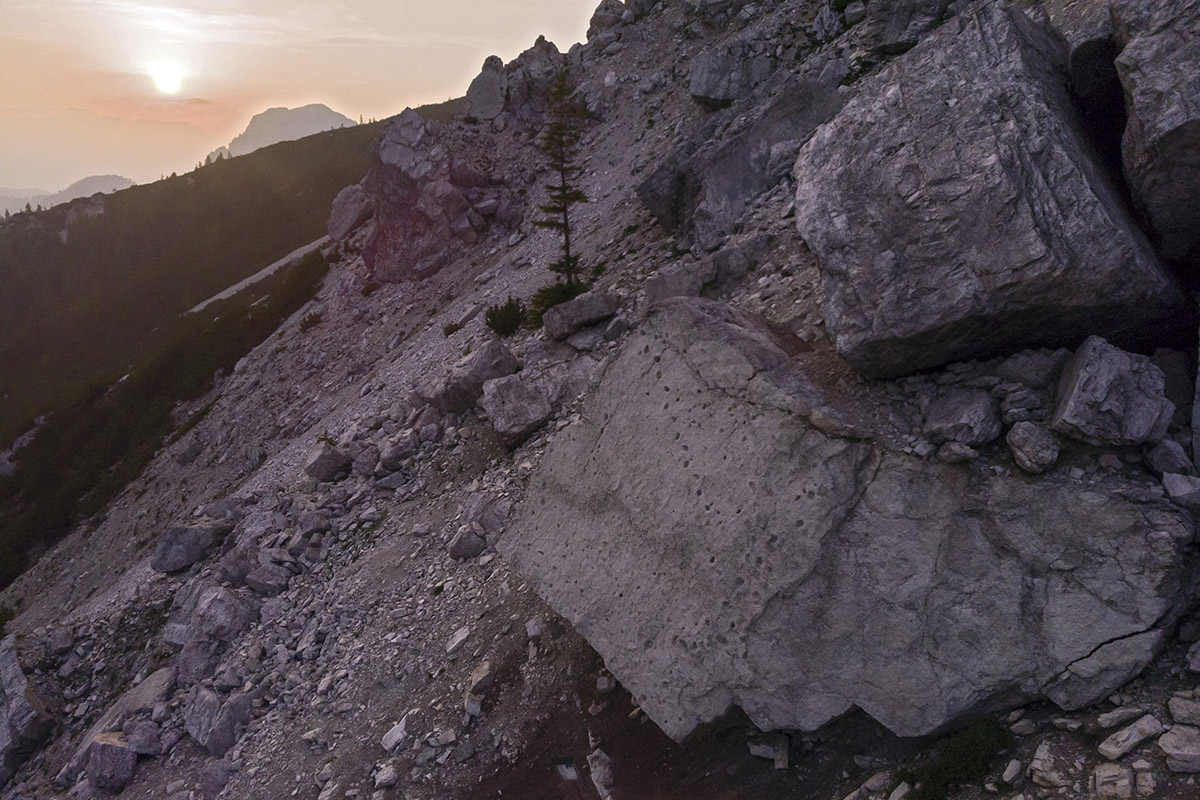