Dolomite as a commemorative stone in St. Johann in Tirol

You can reach the memorial stone in St. Johann in Tirol via the Inntal motorway A12. Exit the motorway at Wörgl-Ost and follow the signs to St. Johann in Tirol. There are numerous parking places subject to fees in the town centre; the park with its memorial stone is within walking distance from there along the promenade near the spot where the Fieberbrunner Ache flows into the Kitzbüheler Ache.

There is a unique memorial stone in the park near the Redford Promenade in the market town of St. Johann in Tirol. The monument consists of a massive rock of dolomitic stone with an engraved circular relief of the Virgin Mary and a rectangular bronze plaque bearing the inscription "1809 - 1984". The year 1809 marks the year when the people of Tyrol rose against their Bavarian occupiers. The memorial was erected in 1984 with the help of the Soroptimist Club in Kitzbühel to commemorate the 175th anniversary of the uprising. It was the sorority members' desire to highlight the often forgotten or underrated economic role women played during armed conflicts in the period from 1809 until 1984. 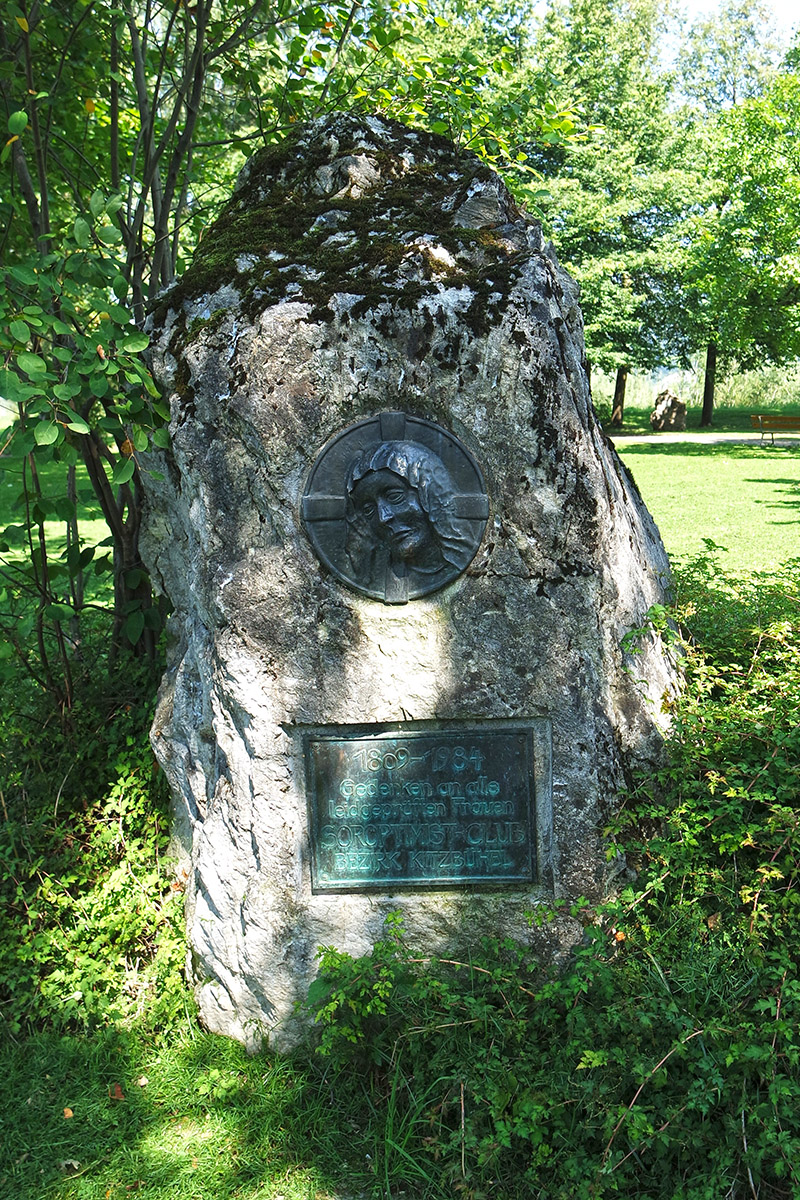 Commemorative stone made of dolomitic rock with engraved rectangular bronze plaque and circular Madonna relief on the Redford promenade in St. Johann in Tirol.

Tucked on a square where now stands Cortina's Olympic Ice Stadium, only a few observant visitors notice the silent presence of a prestigious monument, made from dolomite rock, brought from the Tofane mountain group and bearing an explicit reference to its discoverer Déodat de Dolomieu.
Even though the idea of creating a commemorative sculpture was conceived in 1955, the monument itself was inaugurated on July 13th 1958 thanks to the patronage of former colonel Castex and the Italian Alpine Club. It was erected entirely at their expense, with the help of an Italian-French Committee and the expertise of the architect Ernest Gellner. Now we know that in his correspondence with the President of the Autonomous Tourist Office of Cortina from 1958, the town's Mayor specified that, "the monument ought to be produced with dolomite stone."
The bronze work attached to the large boulder is by a now unknown French artist - Georges Guiraud. He was a prize-winning sculptor and painter born in Toulouse in 1901. Guiraud passed away in 1989 Saint Hilaire au Temple, and since he worked almost exclusively in France, his work in Cortina d'Ampezzo remains his only known work in Italy.
No accounts of this unusual collaboration between Italy and France existed until 1988 when the mineralogist Simonne Caillere (1905-1999) published an article dedicated to the inauguration of this memorial. The article appeared in a French scientific periodical in 1958.
The French delegation for the inauguration of the Dolomeu's monument included the French aviation pioneer Colonel Louis Castex (1896-1968) and a close friend of none other than Saint-Exupéry himself. Another participant at the inauguration was Professor Charles Jacob of the University of Paris and member of the French Academy of Sciences. Caillere was asked to speak on behalf of the Natural History Museum, in particular, the Laboratory of Mineralogy of which Dolomieu himself had been the director.
During the inauguration in 1958 Cortina welcomed not only the sculptor Georges Guiraud, but also a descendant of the Dolomieu family. Amedeo Angeli, who was Cortina's Mayor at that time, introduced the French delegation to the public. 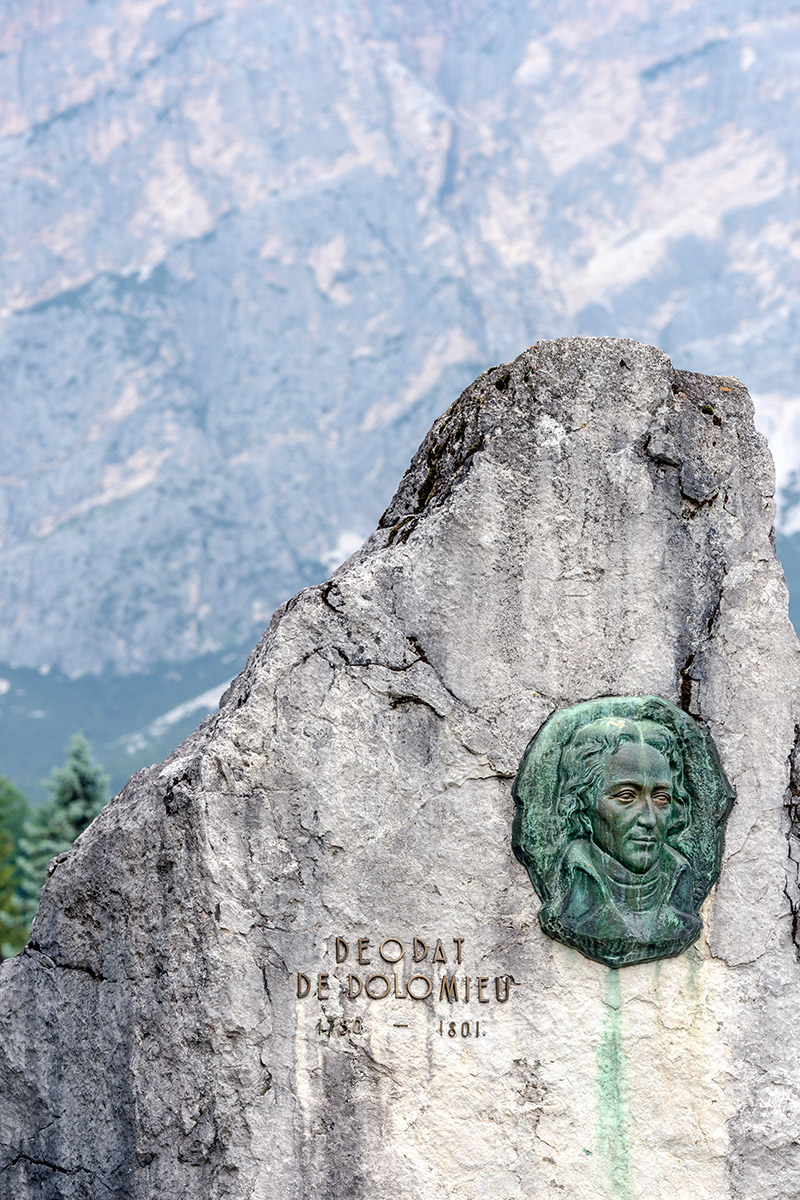