The Castelnovo fortress made of dolomitic limestone is perched on the narrow gorge of river Piave.  Its original function was to serve as a checkpoint on both land and water for traffic going to and from the Treviso plains. Built during the fourteenth century with military and commercial purposes in mind, it later became a castle-palace. The Somaschi Fathers purchased the castle in 1924, keeping its original layout, and it has remained a house of prayer ever since. Castelnovo (Italian for "new castle") derives its name from a previous fortress located further south, which it replaced in its function after it was raided and destroyed by the militia forces of Gherardo de Taccoli, Bishop of Belluno, in 1196.  Captain Jacopo Crivelli of Verona, commissioned by the Most Serene Republic, built the castle's current structure. The Republic of Venice ruled over the castle right until its fall with the help of castellans, or stewards, who represented the Venitian patrician families and exercised their powers of jurisdiction over the whole parish of Quero during their biannual mandate.

Girolamo Miani, the founder of the Order of the Somaschi Fathers and brother of Luca, Overseer of the Republic of Venice, used to live here. In the centuries to come, it was subject to many changes of ownership as well as plundering, and it suffered severe damage during the First World War. The fortress consists of a central structure with a vault for the passage of wagons and pedestrians, which could be closed with gates and accessed by drawbridges. The early sixteenth century saw the construction of a tower on Piave's left bank (opposite the fortress) as a supervision outpost. It was also necessary for stretching an iron chain across the river to block the traffic of rafts along the river Piave. The tower was accidentally destroyed in 1885. Some significant repairs on the castle's exterior have been underway as of 2009. 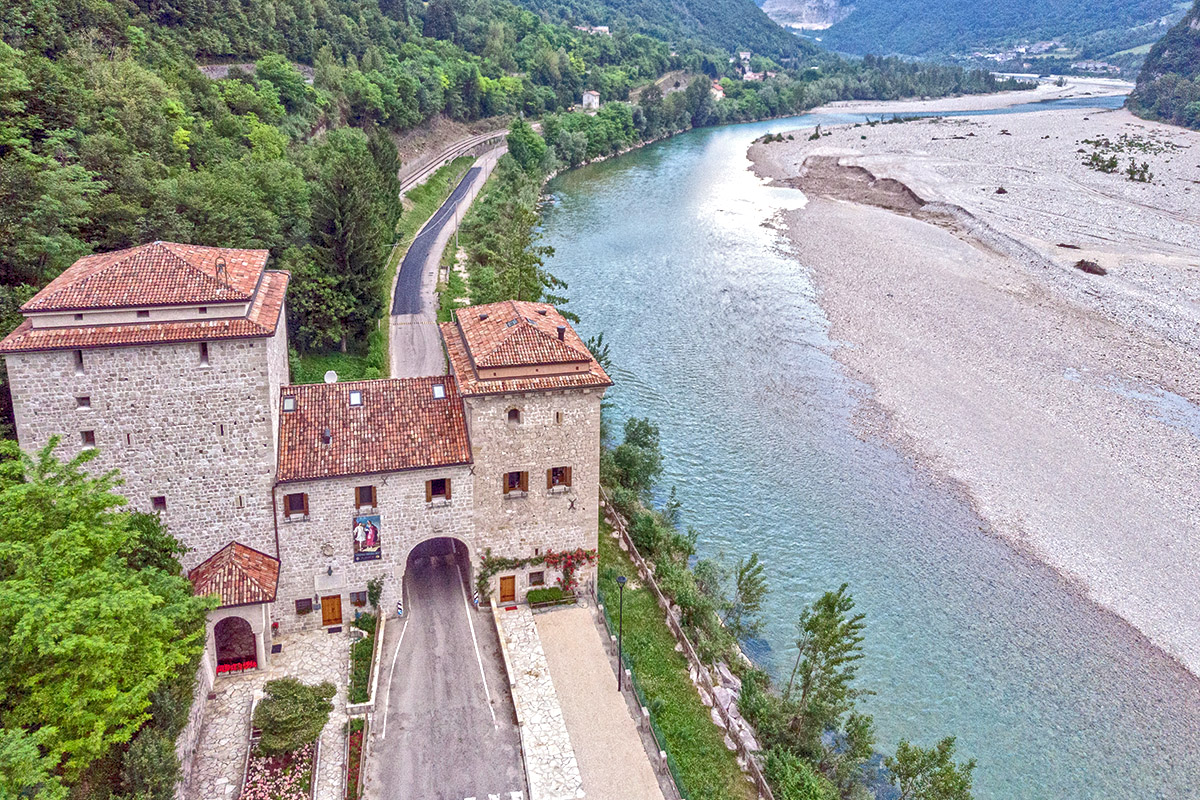 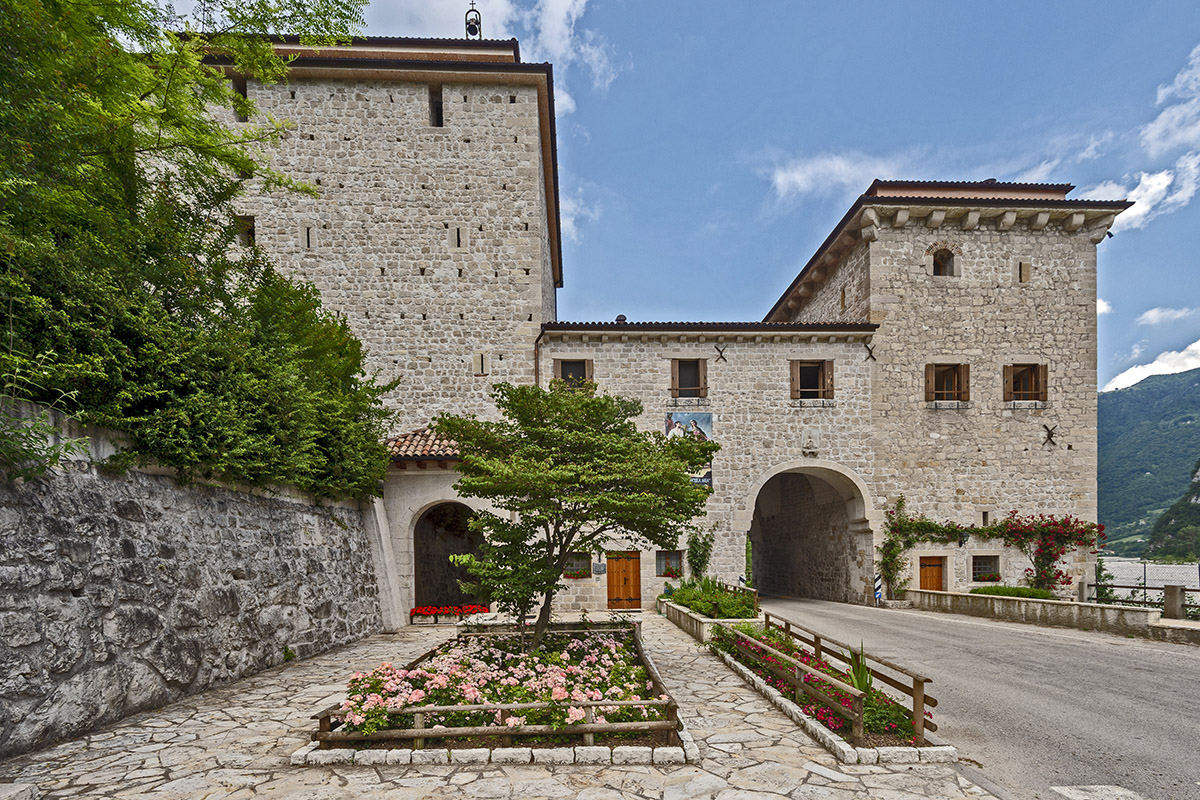 Front side of Castelnuovo Castle (photo by Giacomo De Donà)

In 1924 the castle was bought by the Congregation of the Somascan Fathers who still live and care for it today.