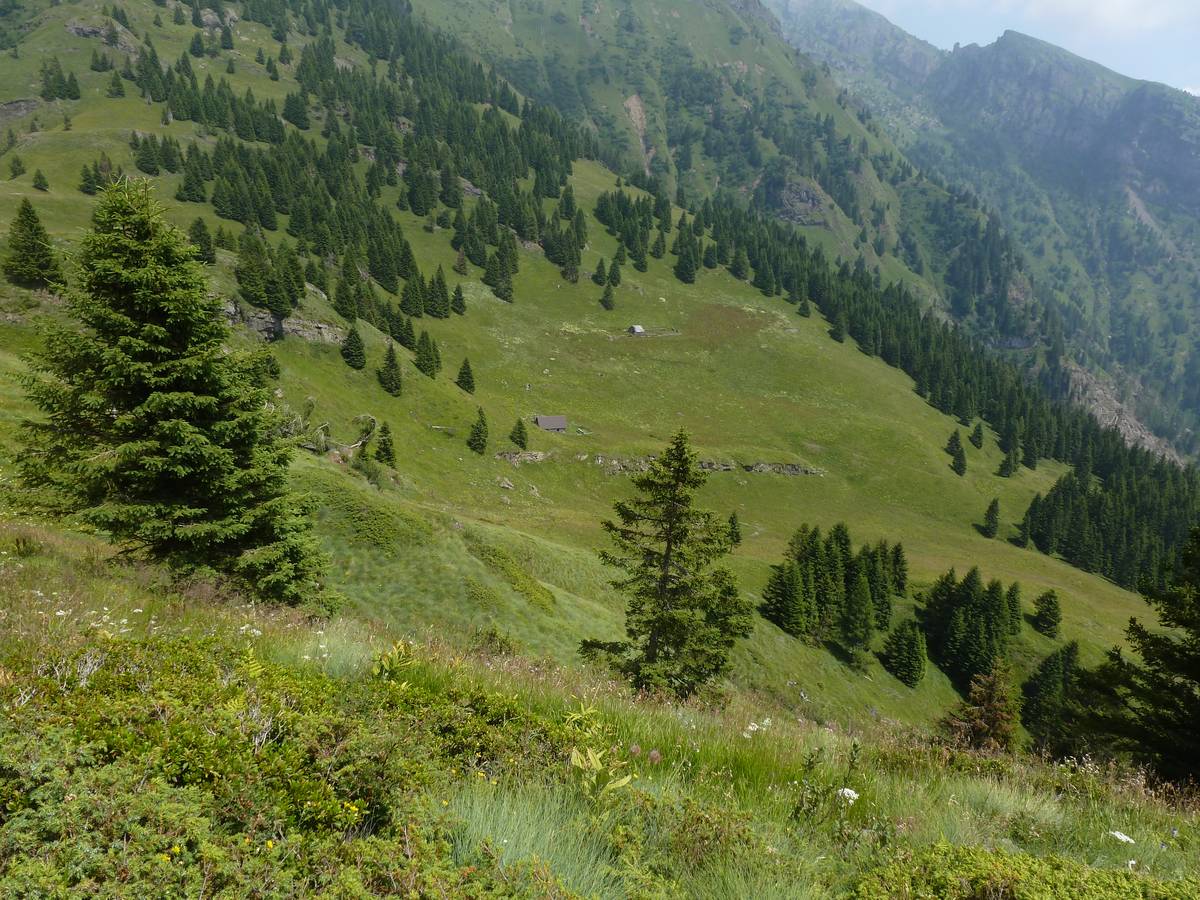 The visitor is offered a spectacular view over the Agnèr chain and the enormous glacier cirque of Val d’Angheràz from the mountain pass Caoz (1944). The tectonic impact in the shaping of the local landscape is obvious - the ravines etched into the transcurrent faults with their vertical fault planes along the ridge from Spiz d'Agnèr to Croda Granda. 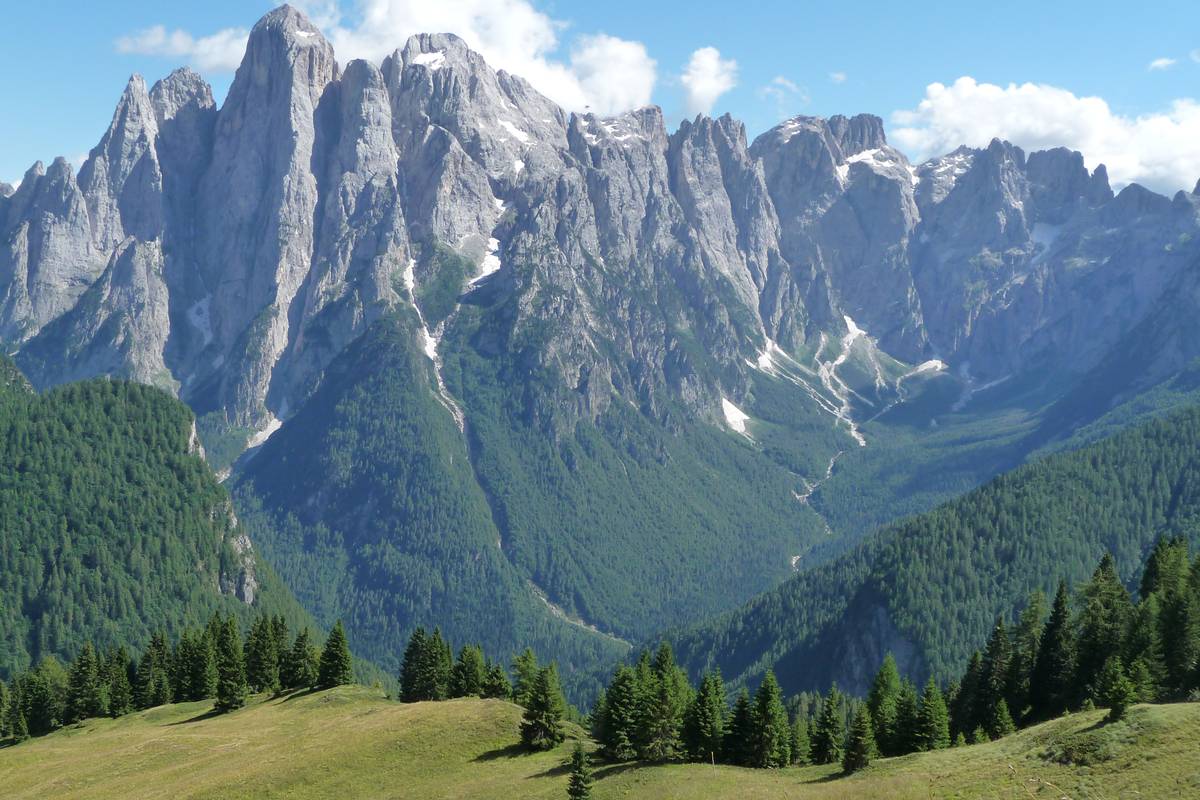 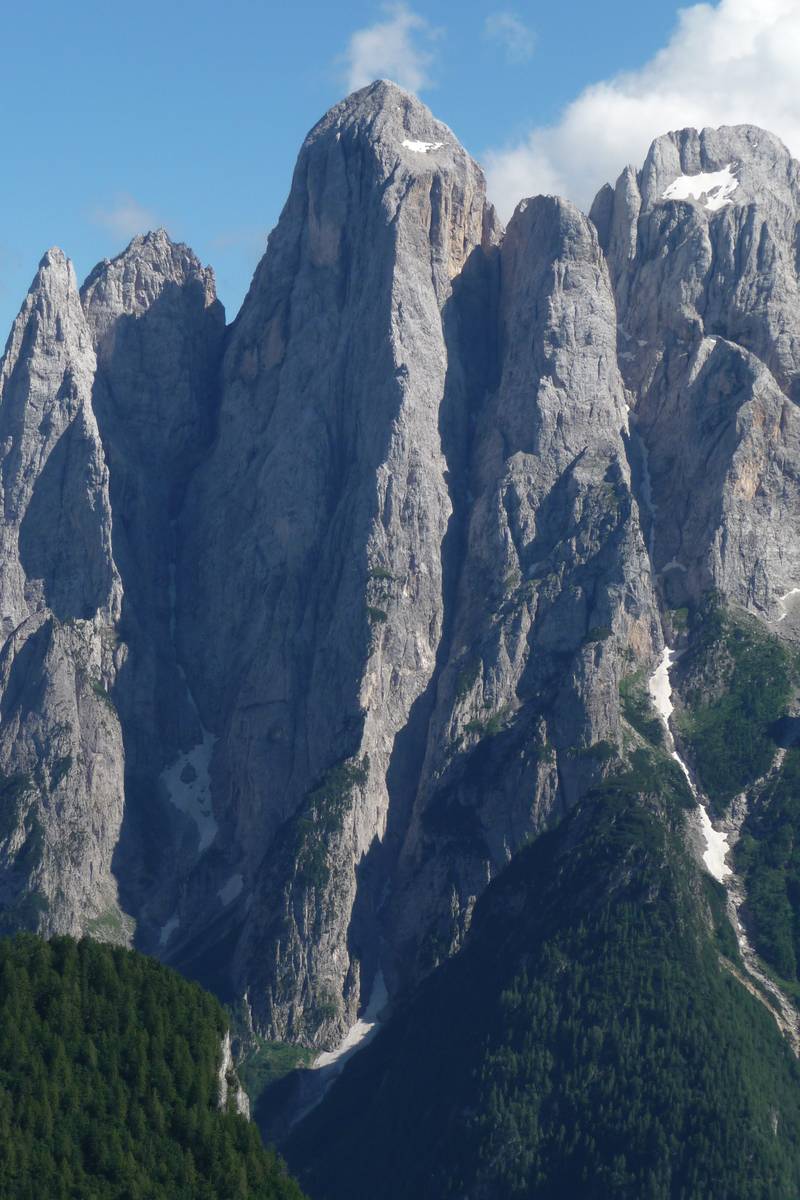 Even at a glance it is quite evident that in this area, we are no longer accompanied by the pillow lava outcrops. Reason for this is the straight paleo-fault dating from the Ladinian and trending Forcella Caoz-Pont which caused the sinking of the eastern area (Malgonera) as opposed to that in the west (Campigat).  The most apparent consequence of this fault's impact is the transformation of the rocky substrate, which in the area of Casera ai Doff is composed of the Marmolada Conglomerate, usually overlapping with layers of lava. 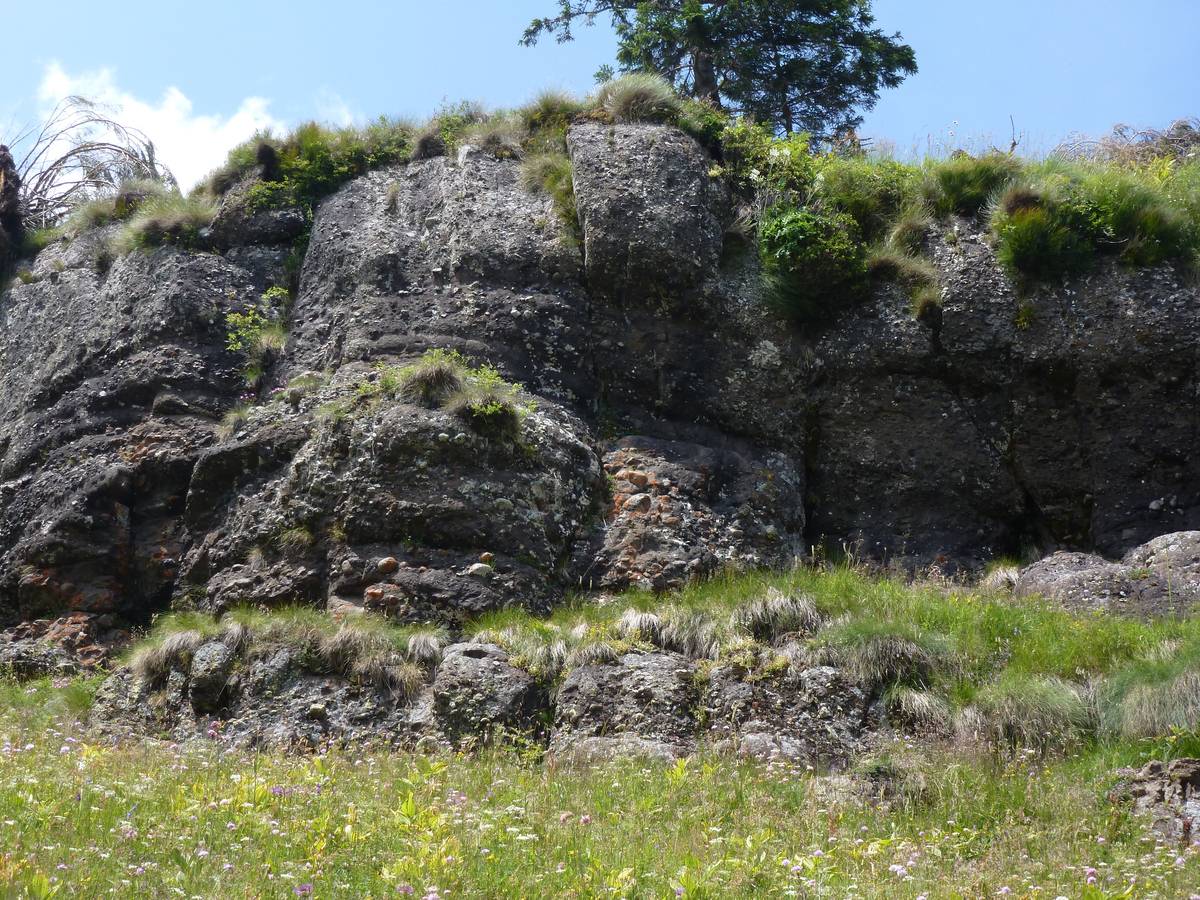 As we have already seen, two volcanic systems - those of Predazzo and Monzoni - developed in the Dolomites during the ate Ladinian. The continued volcanic activity radically changed the ancient dolomitic landscape; the 700-800 metre-deep sea which divided the carbonate islands began to fill up with various materials. Landslides and debris flows were typical for the western Dolomites, whereas ashes and volcanic sand coming from the Monte Fernazza Formation through underwater landslides and turbidity currents reached also the eastern Dolomites.

Once the magma chamber of the volcano Predazzo had emptied, the volcano collapsed inside its caldera. Just like Stromboli, volcano Monzoni was prone to collapses along its slopes and was subject to erosion by external factors.

The Marmolada Conglomerate represents the most robust product of the dismantling of the volcanic structure in the Marmolada-Monzoni area; its thickness reaches its peak of 1300 meters in the Cima Pape-Group.

This is a conglomerate with a rich sandy matrix, composed of mainly andesite pebbles varying in size from a walnut to several-metre large blocks; the pebbles are rounded and sub-spherical - a legacy of the river flow and the reshaping by the wave motion along the coast. The final seabed sedimentation was the result of landslides and debris transport which formed underwater alluvial fans (fan delta). The conglomerate is distributed around the Marmolada-Group, however the more we move away from the volcanoes, the less in size the grains become; at the same time, the fine portion increases and is laterally replaced by fine, tufaceous, greenish-grey sandstones, alternating with finely stratified dark clays of the Wengen Formation. The conglomerate is a product of the re-sedimentation by turbidity currents of the finest materials coming from the submerged slopes of the volcanic reliefs. 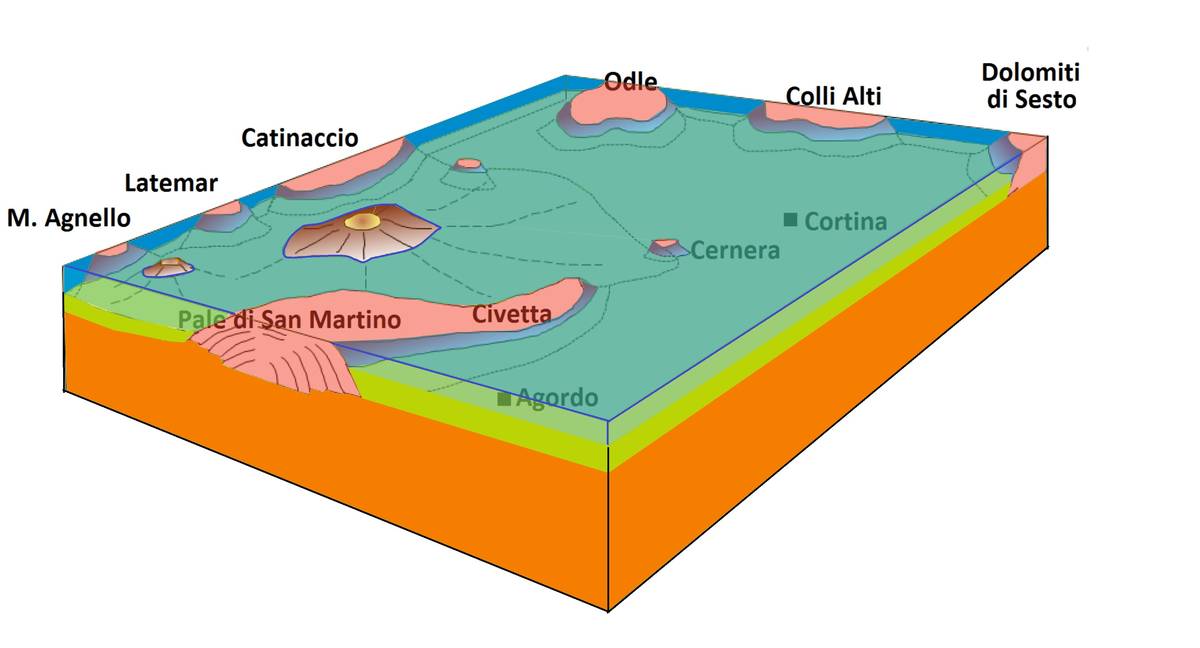 Reproduction of the Dolomitic paleogeography during the Late Ladinian with the Predazzo and Monzoni volcanoes between the carbonate platforms (ill. DG).