The extraction of breccia from Hötting in Innsbruck - the origin of the "Tyrolean ashlar."

DIRECTIONS: Drive to Innsbruck via the Inntal motorway A12, then once in the city, always follow the signs leading to Hungerburg. There is a parking lot across the street from the climbing park next to the road.

Dolomite rock is present in the Innsbruck urban area - at least as part of the Breccia from Hötting. The "Höttinger Breccia" is an exceptionally fascinating natural ashlar, representing solidified debris deposits of the Karwendel mountain range (limestone and dolomite). With their predominantly angular shape, these building blocks coming from the mountain range mentioned above, form the components of the breccia from Hötting. For this reason, this rock is called breccia, meaning a rock composed of angular rubble stones firmly attached by a binder. The additional designation "Höttinger" refers to the rock deposits high above the Innsbruck district of Hötting. The numerous quarries located above the old town evidence the enormous significance of "Höttinger breccia" as an ashlar in Tyrol. This rock was used as building stone and ashlar for centuries due to its excellent workability, its relatively enhanced resistance to atmospheric agents and its beauty. A particularly prominent outcrop of the reddish "Höttinger breccia" is the former Mayr's quarry with its floor located at 750 metres above sea level. This open quarry allows the particularly adequate study of the sedimentary deposit structures. The quarry is a popular climbing area in the city of Innsbruck nowadays, which offers climbs of different lengths and varying degrees of difficulty. 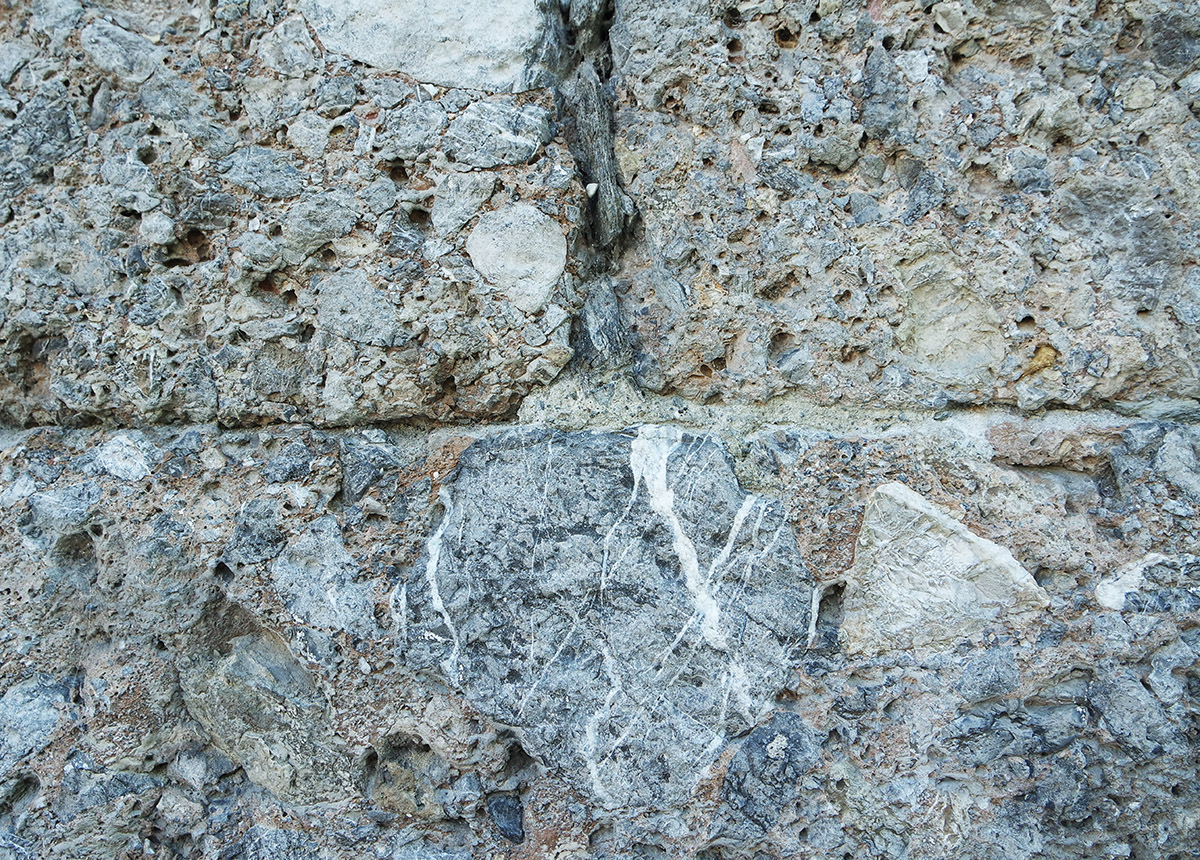